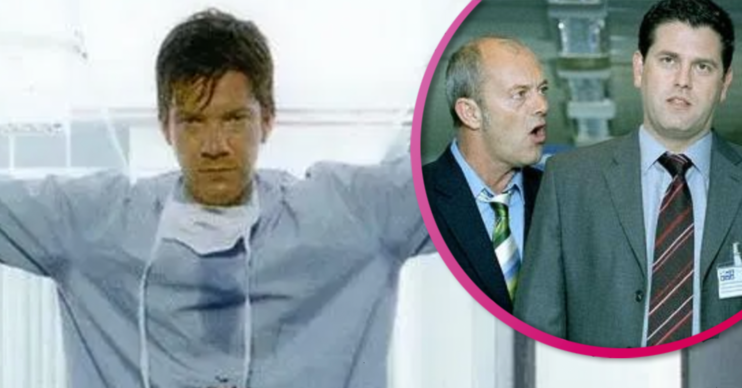 When the Line of Duty final is over, and you can’t quite bring yourself to start watching the drama all over again just yet, get on BBC iPlayer and discover Bodies.

Jed Mercurio, feted scribe of Line of Duty, penned this phenomenal medical series way before Ted Hastings or Julia Montague from Bodyguard were even a glint in his eye.

When the drama Bodies appeared on BBC Three in the mid-2000s it was critically acclaimed.

However, Jed was not a household name back then and social media didn’t exist to whip up the storm it surely would have if created a decade later.

Happily, time has been kind to Bodies – great writing and characterisation don’t age – and the show, which ran for two series, is currently available for everyone to watch.

Although – fair warning – you’ll need the stomach of an ox to make it through some of the bloodier scenes.

What is Jed Mercurio series Bodies on BBC iPlayer about?

Bodies, which began in 2004 and closed with a feature-length episode in 2006, was a dark medical drama set in an NHS hospital’s gynaecology department.

Fans of Jed Mercurio will know that he was a doctor in his younger years, so it’s no surprise he gets to the guts of real issues and controversy within the medical profession and beleaguered National Health Service.

Bodies is currently on BBC iPlayer in its entirety and will be for the rest of the year. That’s all 17 episodes, spread across a six-part series one and 10-part second season, with a 90-minute feature-length episode titled Finale to close the story.

Bodies is based on Jed Mercurio’s own debut novel of the same name, published in 2002.

Lake comes to realise that Hurley is dangerously incompetent as a surgeon, protected in his job by management because his research brings money into the hospital.

The themes are dark and the surgical scenes are occasionally challengingly graphic.

There’s also a thread of dark humour that runs throughout – and some impressive sex scenes to break up the heavy and sometimes distressing subject matter.

Jed has previously called it the “the drama I’m most proud of” and called its production “an extraordinary challenge”.

He said in a BBC preview: “We set ourselves the goal of making the medical sequences as realistic as possible in an era before visual effects had achieved today’s technical prowess.

“And we pulled no punches in portraying the murky realities of medical negligence and NHS politics that was groundbreaking then.

“Sadly [it] remains relevant to scandals that have continued into the present day.”

The stars of Jed Mercurio’s Bodies

Since starring in Bodies, Max Beesley has gone on to act in some of the best dramas of the last 10 years, including Suits, Homeland and Jamestown.

Patrick Baladi was best known in when Bodies first aired as Neil from The Office. His acting credits since then include Hotel Babylon, Mistresses, the 2013 racing film Rush and, of course, Line of Duty series four and six.

What did the critics think of Bodies?

Bodies was-well received when it hit TV screens in the mid-2000s and has gone on to garner something of a cult status.

And did we mention ED! thinks its Jed Mercurio’s best work to date…? Don’t take anyone else’s word for it though, just watch it and thank us later.

Did you watch Bodies when it was originally on? Leave us a comment on our Facebook page @EntertainmentDailyFix and let us know.