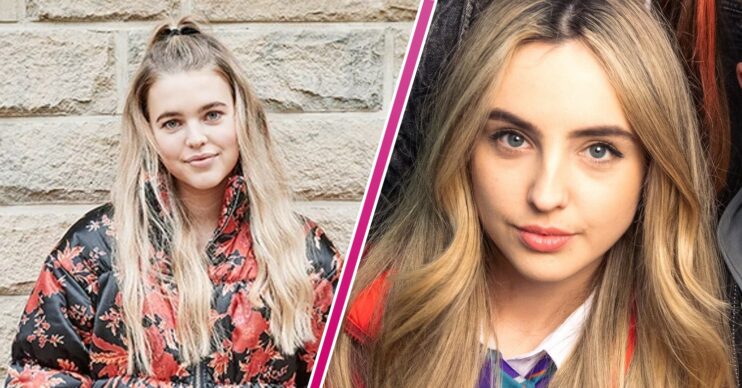 Ackley Bridge on Channel 4: Why was Marina replaced? And who is Megan Morgan who now plays her?

There's been a re-cast in the new season of the show...

The actress who plays her has changed!

Marina used to be played by Carla Woodcock, with Megan Morgan replacing her this season.

Here’s the reason for the change…

Read More: Ackley Bridge on C4: How did season 4 end? A full recap ahead of Season 5

Why was Carla Woodcock replaced as Marina?

They explained: “Production faces several challenges in lieu of the pandemic, including a change to scheduling and filming dates.

“This impacted some cast with other commitments and resulted in them no longer being involved.

“We are thrilled to have Megan Morgan join this series and we’re delighted to have her as our Marina!”

So, basically, it’s likely due to scheduling conflicts.

Carla Woodcock recently stars in Flowers in the Attic: The Origin as Helen which came out on Saturday July 9 2022 on Lifetime in America.

So far, a UK release date for the miniseries hasn’t been announced.

What has the cast said about the re-cast of Marina in Ackley Bridge?

Ryan Dean, who plays Johnny says: “I had heard that there was a new girl playing Marina, but I didn’t meet Megan until roughly two weeks in, when we shot a scene together and, obviously, she was great.

“She takes on the role and makes it her own while remaining true to the character the audience met last series.

“It was exciting to watch her mould the character into something new and put her own stamp on it!”

Likewise, Yasmin Al-Khudhairi who plays Fizza, admits she was nervous for the re-cast.

She said: “I was thinking at the beginning of filming I would hate to be Meg right now!

“When you take over a character you must be really nervous, but Meg did it in a way that you could tell she didn’t overanalyse the Marina before.

“She just was Marina and added her own style to it.”

Actor Ashley Walters, who directs the first five episodes of this season, offered Megan Morgan some advice for taking over the role.

He says: “My only advice to Megan was that she didn’t try to imitate what Carla had done and that she tried to make it her own.

“I think emotionally she just needed to channel something else and take it to the next level and she did.

“I think Megan is really one to watch when it comes to how her career is going to go.”

Who is Megan Morgan who plays Marina in Ackley Bridge now?

The young actress is a Manchester native, who trained at the Manchester School of Acting.

Megan Morgan hasn’t done much acting before Ackley Bridge, but she did feature in an episode of Hollyoaks last year.

She says about taking on the role: “I had a little look at a couple of episodes just purely to understand the story and respect what has been done before.

“So then I could have all the information and hopefully put together my own version of Marina.”

Read More: Ackley Bridge Season 5 on C4: How many episodes are there, when does it start and why is it on at 10pm?

What is Carla Woodcock doing now?

Carla Woodcock is starring in History of a Pleasure Seeker, a new pilot for streaming service Hulu in the US.

History of a Pleasure Seeker is a musical drama set in Amsterdam in 1907.

Filming for the pilot starts soon.

Fans of the actress will get to see her perform very soon.

Ackley Bridge airs tonight at 10pm and continues back-to-back every night this week.