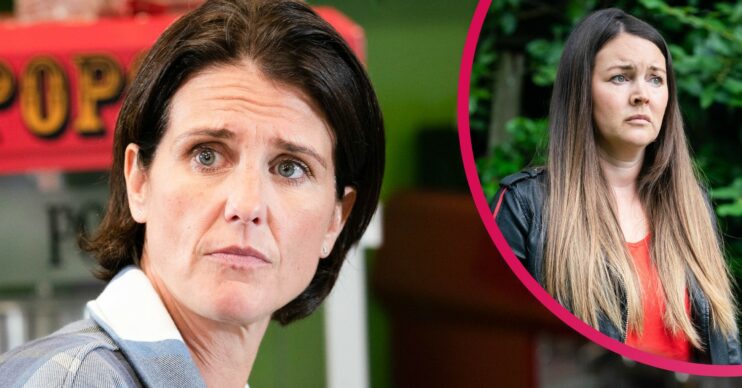 Who is Eve in EastEnders and what else have you seen Heather Peace in?

Eve is in Walford

Eve arrived in EastEnders tonight (Friday, October 29) but who is she and who plays her?

Who is Eve in EastEnders?

Eve Unwin is the former cellmate of Stacey Slater.

Stacey was sent to prison earlier this year and shared a cell with with Eve, who had been in prison for a number for years for aggravated assault.

However Stacey and Eve got married in prison

Stacey told her mum Jean that Eve is a lesbian, however Stacey isn’t. The only reason they got married was to show the probation officers that Eve would have a stable life when released.

Who plays Eve in EastEnders?

What else has Heather Peace been in?

EastEnders isn’t the first soap Heather has been in.

She’s also had multiple roles in Doctors and Holby City. In 2006, she played Viv Challoner in Holby’s sister show, Casualty.

Recently it was announced Waterloo Road would be returning six years after it was axed and Heather admitted she was eyeing a return.

She’s also had roles in Silent Witness, Heartbeat, Ultimate Force and The Bill.