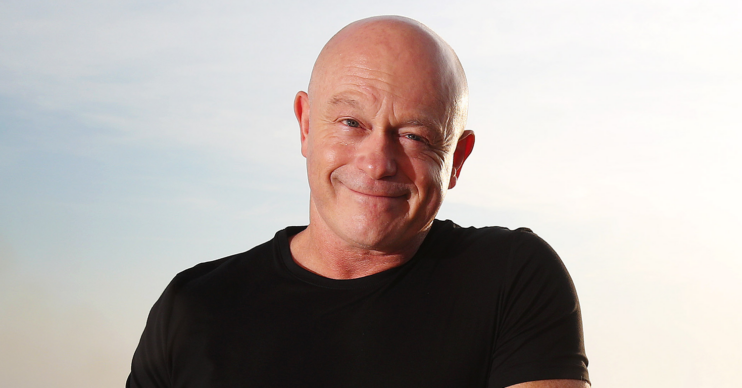 He shared the news on social media

Called Bridge of Lies, Ross shared the news on Twitter.

And he got a little more than he bargained for when he put a call out for contestants.

What did Ross Kemp say about the new show?

Ross shared a picture of himself on a flyer revealing details of the new show.

It confirmed a move away from acting and hard-hitting documentaries and into quiz shows.

He said: “ALL NEW. Quiz show Bridge of Lies is coming soon to @BBCOne.

“Interested in getting involved? All the details you need are here, get in touch ASAP as filming starts soon.”

The premise of the show was also revealed in the post.

The flyer said: “The Bridge of Lies is a brand-new BBC One daytime quiz show hosted by Ross Kemp.

“Teams compete for cash by crossing an interactive bridge of truths and lies.”

ALL NEW. Quiz show Bridge of Lies is coming soon to @BBCOne. Interested in getting involved? All the details you need are here, get in touch ASAP as filming starts soon 👉 Friends, Family or Colleagues can apply here: https://t.co/g1TCz2jkbb pic.twitter.com/JbzDldohMk

So how did fans react to the news?

It’s fair to say they were divided over the ex-EastEnders star’s career news.

Over on Instagram the comments were lovely, with fans declaring the show “looks good”.

Read more: Who is Ross Kemp married to and has he given up acting?

However, over on Twitter it was a very different story.

Ross Kemp fans on there bemoaned the commissioning of yet another quiz show, and replied to his post telling him as much.

“That’s all we need, another bloody quiz show!” said one.

Meanwhile, another added: “Bloody hell how many quiz shows are there on telly now!

“It’s getting as bad as cookery shows.”

So will you be tuning in? Tell us on our Facebook page @EntertainmentDailyFix.