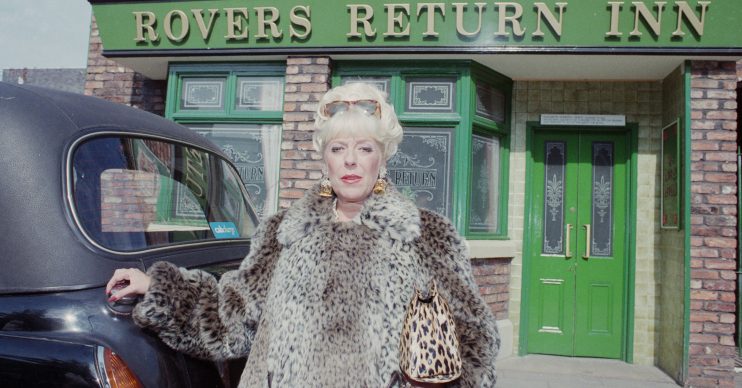 Where to watch classic Coronation Street, Emmerdale and EastEnders as soap filming suspended due to coronavirus

We can get our weekly fill with classic episodes

Coronation Street, Emmerdale and EastEnders have all been forced to stop filming due to the coronavirus pandemic, but good news: classic episodes are available to watch.

EastEnders announced last week it had stopped filming altogether. They also reduced the number of episodes broadcast per week to two with immediate effect.

Meanwhile, Coronation Street and Emmerdale originally vowed to continue filming, although did reduce their episode output.

However by Sunday, March 23, both shows revealed filming had been suspended.

Both shows will now only be shown three times a week.

But there is a way to get more of a soap fix than that: by watching classic reruns of the shows.

There are two episodes screened every afternoon. The first one begins at 2.50pm, followed by a second at 3.20pm.

The soap is currently screening classic episodes from 1995, featuring the likes of Bet Lynch, Don Brennan and Mike Baldwin.

The soap is also airing classic episodes from 1995 at the moment.

Joe Sugden’s off-screen death is about to hit, and Rachel Hughes going into labour with her son, Joe Tate – who eventually returned to Emmerdale in 2018 with revenge in mind.

EastEnders classic episodes are currently in 1993/1994.

They are shown everyday, twice a day on the Drama channel.

The first episode starts at 1.01pm and the second follows at 1.40pm.

The biggest drama from the classic episodes comes courtesy of Sharon, Phil and Grant Mitchell.

Grant is currently in prison, and Sharon and Phil are having an affair.

This all leads up to the classic EastEnders moment of Sharongate from 1994.

Hollyoaks have also stopped filming and will be reducing their schedule from Monday, March 30.

They will air three times a week too – Mondays, Tuesdays and Wednesdays at 6.30pm on Channel 4 and 7pm on E4.

However from Monday, April 6 only two episodes will air per week.

On Thursdays and Fridays they will be showing classic Hollyoaks episodes, starting with Mercedes’ wedding to Doctor Browning.