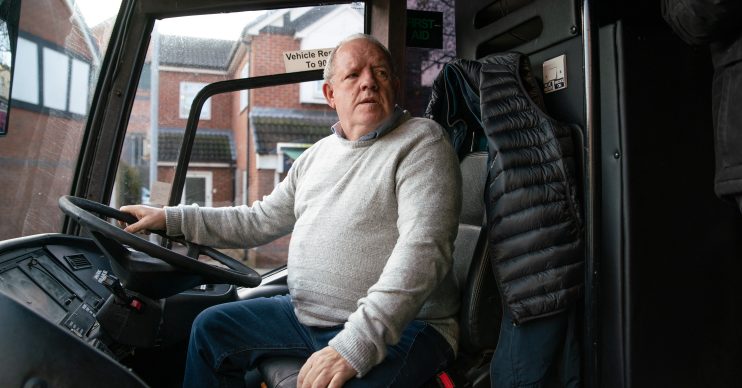 The actor will play a grumpy coach driver

He will play a grumpy party bus driver called Des who will ferry Rita Tanner and her friends for a day trip to Blackpool.

But the day will turn out to be a comedy of errors giving John plenty of funny material to get his teeth into.

The actor has previously featured in the soap three times before, as an extra in 1990, a named character in 1996 and as a man called Glen in a 2009 spin-off called Coronation Street: Romanian Holiday

He is best known for his appearances in The Royle Family and Born and Bred, the actor has had a long and illustrious career that has included turns on Emmerdale as Ezra Dingle.

His turn on Corrie will see him join amid a major character deciding to leave the cobbles for good.

One person will decide to leave the street in an emotional hour long special episode to mark the show’s 10,000th edition that will see Rita devastated by the death of estranged husband Dennis.

Producer Iain MacLeod said: “10,000 episodes! Not bad for a programme which one newspaper said in 1960 was ‘doomed from the outset.’

“I am first and foremost a massive fan of the show and I watched this landmark episode with absolute glee. It is uniquely Corrie: funny, poignant and characterful – and a glorious homage to the comedic charabanc trips of times past, packed with strong female characters and sparkling dialogue.

“It’s a really great exhibition of Coronation Street’s classic qualities as we start a new decade on the cobbles.”