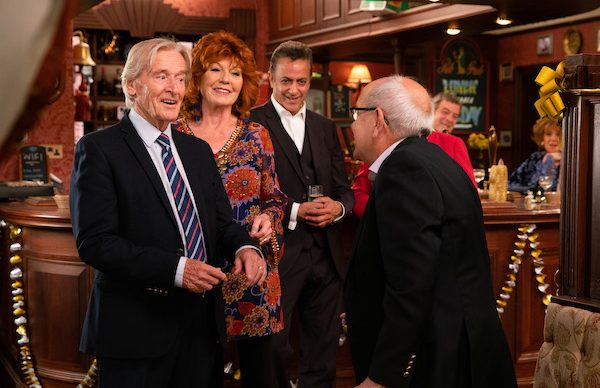 The soap is planning something 'classic Corrie'

ITV soap Coronation Street will celebrate its 10,000th episode with an hour-long special.

Corrie – which aired for the very first time in December 1960 – is set to mark the impressive milestone with a bumper edition next month.

The special Friday episode is confirmed for February 7 at 7.30pm.

The announcement comes after boss Iain MacLeod previously suggested the team were working on a cobbles “classic”.

He told metro.co.uk: “It’s an astonishing landmark. And at the start of the year, we have our 10,000th episode that we are intending to mark with something ‘classic Corrie’ that has a comedic and character driven vibe.”

The soap will also be recognising its 60th anniversary this year, and the executive producer promised “something more explosive” than the 10,000th episode celebration.

He added: “The expectation from the audience now with anniversaries isn’t necessarily death and destruction, but that a spectacle is attached to it.

The cast was previously spotted shooting scenes with an ambulance in Blackpool – which could air next month.

For the 50th anniversary, the soap marked the occasion with a week of episodes centred on a tram crash, which culminated in a 60-minute live broadcast.

Although the programme’s 40th anniversary episode was also live, that edition did feature a pre-recorded segment as Prince Charles visited Manchester and met Audrey Roberts.