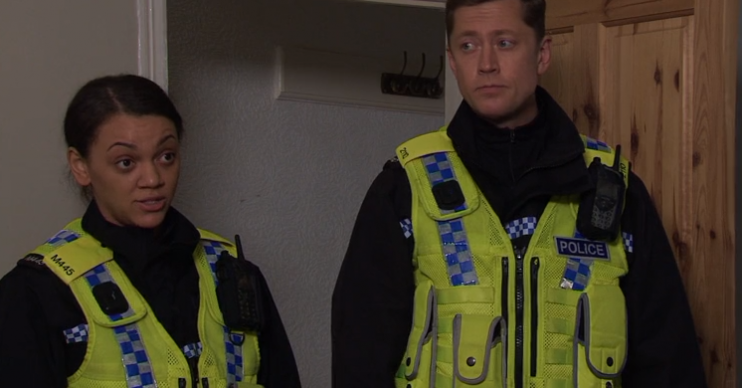 Jade was hiding something important in her attic

Viewers of Coronation Street have slammed the Weatherfield Police after they failed to search Jade’s loft when looking for missing Hope Stape.

For months, Jade has been plotting to get custody of her half-sister Hope, but when her plan to get the little girl taken away from her mum Fiz fell through, Jade booked tickets to France so she could run away with Hope.

In last night’s episode of the soap (January 22 2020) Fiz and Tyrone discovered Hope was gone from her bed and immediately suspected Jade had taken her.

The police paid Jade a visit and asked to look around her home, which she agreed to.

As they searched, Jade looked suspiciously at the entrance to the attic, but officers failed to go up there and inspect.

Later, Fiz broke into Jade’s home suspecting Hope was in the loft, but when she went up there, her daughter was nowhere to be seen.

However Fiz did find a bag with one-way tickets to France and Hope’s passport.

Viewers were quick to slam the Weatherfield police for not looking in Jade’s loft.

#Corrie My Dad pointed out that the police would've looked in the attic. I definitely think he's right. Should've been looking everywhere when a kid's gone missing.

the police didn't even bother looking in the loft…. FFS #Corrie

As if the police wouldn't have checked the loft for Hope! #corrie

@itvcorrie #Corrie Don't believe any police would be stupid enough not to search in the loft.

As if the police wouldn't check the loft #corrie #coronationstreet

How do the police not even think of checking the loft? #Corrie

How to hide a body, just stick it in the attic, police will never look there. #corrie 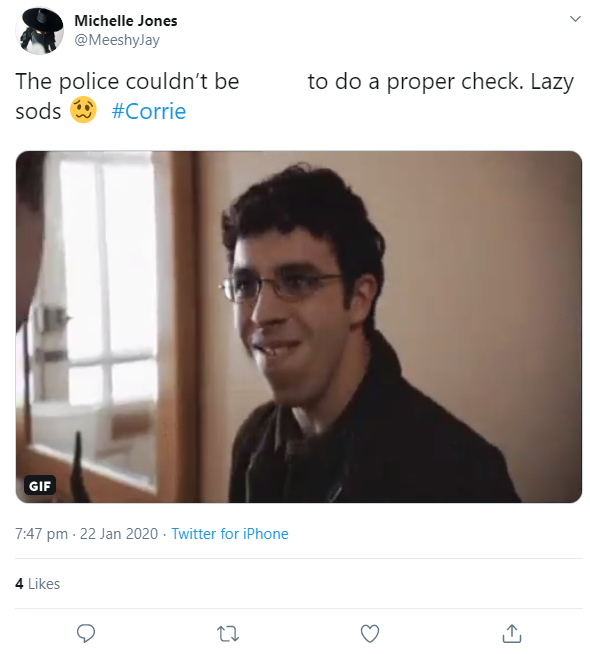 However, the police may not have had a warrant to do a full search of the premises.

As if the police wouldn’t check the loft.

It was later proved that Jade didn’t have anything to do with Hope’s disappearance.

The little girl had run away from home and went to the cemetery where her dad, John Stape, who is also Jade’s father, is buried.

Jade decided to do the right thing and took Hope back home to Tyrone and the little girl was taken to hospital.

However, Jade decided to wait in the house and when Fiz returned, the teacher tried to explain that she found Hope and brought her home.

But Fiz saw red and ended up hitting her over the head with a chopping board, leaving Jade unconscious and blood coming from her wound.