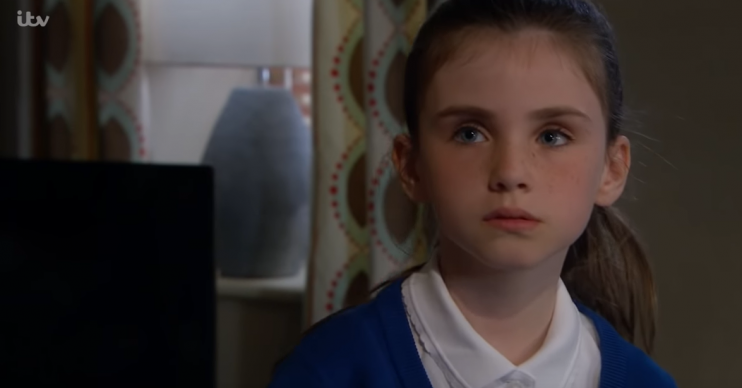 Marlon panics when he's told his daughter has run away...

There’s drama heading for next week’s Emmerdale after Marlon Dingle has found himself behind bars for murder, causing his daughter April to run away.

But will she be found before something awful happens?

After the police found out about Marlon and Graham Foster’s fight on the day of the grisly murder, the pub chef found himself in big trouble with the law.

And as the police up their search for Graham’s killer, they are convinced that Marlon is the one with blood on his hands, and by next week he will find himself in prison for a crime he didn’t commit.

But as Mandy Dingle steps up her ‘Free Marlon’ campaign, she is hesitant when April asks to go and visit her dad in prison, knowing that Marlon doesn’t want her to see him locked up.

Cain Dingle is forced to lie to April about going to see her dad, telling her that children aren’t allowed at the jail.

But once he goes to see Marlon himself he offers his support and tells him that April is begging to visit, causing Marlon to get upset.

As April’s world crumbles around her, she is confused when Pollard unwittingly lets slip that children are allowed to visit prisons, and she suddenly realises that Mandy and Cain have been lying to her and she feels more alone than ever.

Deciding that she wants to be alone, April runs away, and when Mandy realises she is missing, she doesn’t hesitate to call the police about April’s disappearance.

Soon the whole village is rallying together to look for missing April, but when the news that his daughter has vanished reaches Marlon in prison, he is beside himself with worry, knowing that there is nothing he can do but sit in jail and wait for more information.

The next day April is still nowhere to be found and Marlon remains frustrated in prison about the fact he can’t help with the search for his little girl.

Soon Sam goes to visit Marlon and lets slip the reason that April is run away is because Marlon wouldn’t let her visit him in jail, leaving him feeling more awful than ever.

But as Sam urges Marlon to be strong for his daughter, even if he doesn’t feel it inside, the search is continuing back at the village and with April still nowhere to be found, everyone decides the time has come to widen the area they’re searching in.

Later Sam decides to look on Hotten Road, and eventually he finds April looking bedraggled on the side of the road.

But when she sees him she runs away, not wanting to talk to anyone.

Will the Dingles be able to get through to April and get Marlon out of prison before he’s spending time paying for someone else’s crime?

Do you think Marlon will be able to prove his innocence? Leave us a comment on our Facebook page @EntertainmentDailyFix and let us know what you think!