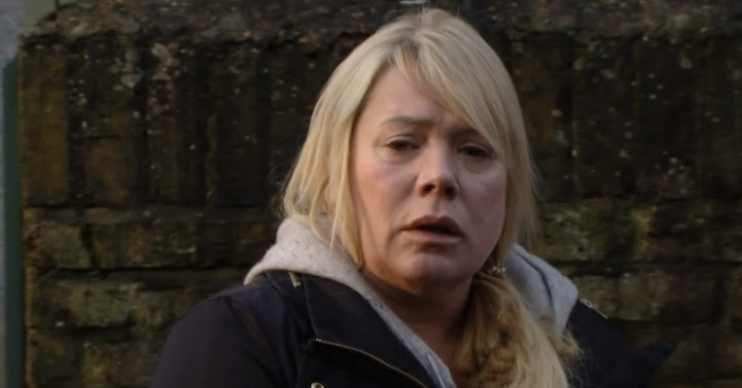 Sharon Mitchell (Letitia Dean) is set to make a heartbreaking decision later this month in EastEnders as the fallout from Dennis’s (Bleu Landau) death is set to continue.

When Sharon’s teenage son, Dennis was killed in the anniversary special boat party accident on the Thames, Sharon was left blaming herself.

As the residents of Walford partied on a boat on the Thames, celebrating The Queen Vic’s award win, Ian Beale (Adam Woodyatt) decided it was the perfect opportunity to get revenge on Dennis who had started an online hate campaign against Bobby Beale (Clay Milner Russell).

The hate campaign called Bobby a ‘race traitor’ and focused on Bobby’s choice to join the Islamic faith, which lead to him being beaten to within an inch of his life by a gang of thugs.

As a result of the Islamaphobic attack, Bobby ended up in hospital and required emergency surgery to survive.

At the time that the accident occurred, Sharon was in labour with baby son, Kayden, and currently has little information on the circumstances leading up to Dennis’s death. She is completely unaware of the roll her best friend Ian played in the tragedy.

While Ian did lock Dennis in a room on the boat as revenge for what he did to Bobby, it was a series of unfortunate events that lead to Dennis’s death.

Despite Ian doing everything he possibly could to rescue him, freeing him from the room and swimming with him out of the boat, Dennis drowned and was unable to be revived.

In the coming weeks, Sharon is set to struggle to cope with her grief, finding it difficult to continue to function. In scenes broadcast last week, the distraught mother contemplated taking her own life, but luckily Ian found her in time.

In upcoming episodes, new spoilers tell us that as Sharon continues to struggle to cope, she ends up making a heartbreaking decision.

Struggling to look after baby Kayden, Sharon is finding every day a challenge.

What is the decision that Sharon will make and what will the impact be?