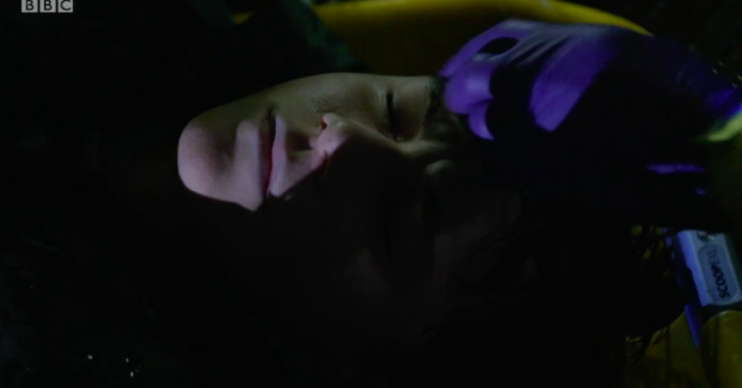 Viewers called the death an anti-climax

EastEnders viewers have hit out at the show killing off Dennis Rickman calling it an “anti-climax”.

The soap’s bosses promised a major character would die in the boat disaster for the 35th anniversary special week of episodes.

And while the likes of Mick and Linda Carter, Keanu Taylor, Ian Beale and Phil Mitchell were all fighting for their lives it was Dennis who actually died.

He drowned after Ian Beale took too long to rescue him from the room below deck.

Ian had locked him in the room when he was furious that Dennis had been responsible for the online abuse his son Bobby had received – and that led to him being attacked and left fighting for his life in hospital.

But when the boat crashed and began taking on water, Ian rushed to try and free him, fumbling and dropping the keys.

He was forced to find a fire extinguisher to smash through part of the door and he then pulled Dennis through it and it looked as if they would both make it out alive.

However a rush of water came and swept them both out into the murky Thames and they were both pulled lifeless from the water.

Paramedics were able to stabilise Ian and rushed him to hospital, but they were left fighting to get Dennis breathing again on the dockside.

The teenage horror died in front of his adopted dad Phil Mitchell and Keanu Taylor who both were left devastated by the loss.

But neither more so than his mother Sharon, who had just gone through hell giving birth to her second son.

Keanu was the one who went to tell her and she was left howling in agony at the loss, and told Keanu that she never wanted to see him again.

Meanwhile Ian had the news broken to him by his own mother Kathy who called him a hero for trying to save Dennis – little does she know!

Ian sobbed about the death, realising that it was his fault but viewers still felt cheated and called Dennis being killed off as an “anti-climax”.

A second said: “So Denny is the big “long term” character who dies… really? The way they were talking, I was expecting someone a bit more major along the lines of Ian, Phil, Sharon etc… you know someone who’s been on the soap for the actual definition of a long time #EastEnders”

What did you think of Dennis being the character to die? Leave us a comment on our Facebook page @EntertainmentDailyFix and let us know what you think!