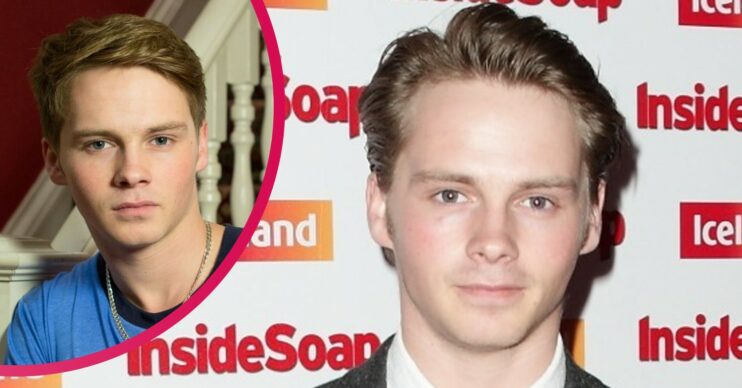 Sam Strike has sparked rumours of an EastEnders comeback after reuniting with his on-screen family for a night out.

The actor originally played Johnny Carter in the BBC One soap for two years in 2013.

He quit to take his chances in Hollywood and landed roles in Leatherface, Timeless and Mindhunter.

Johnny was later recast with Ted Reilly, taking the role before he was axed in 2018.

But now Sam has posted a picture from a night out with his EastEnders family.

As well as the Carters, the stars were also joined by Charlie Brooks and James Farrar.

The reunion has sparked hopes he has returned to the soap.

One fan said: “Oh I wish you’d come back! You were brilliant as Johnny.”

A second said: “Get back in Eastenders Sam Strike you Legend!”

A third added: “Omg my fav Jonny in Eastenders! Please bring him back!!”

Please bring him back!

The reunion comes ahead of actor Danny Dyer’s upcoming exit from the soap.

Danny will exit his role as Mick Carter later this year, following nine years on the Square.

The soap confirmed the news in January, with a spokeswoman revealing: “Danny will be leaving EastEnders when his contract comes to an end later this year.

“However we won’t be saying goodbye just yet as there’s still quite some time – and plenty of explosive drama for Mick – to come before he departs Walford.”

Meanwhile, Danny told his own podcast: “The big news is I’ve decided not to renew my contract.

“That’s all. That’s not because I’ve fallen out with anybody, I love everybody.

“That job has been amazing for me. It’s an important part of television.”

He added: “I’m grateful for the beautiful years I’ve had there. I’m going to miss the people massively. It’s me taking a risk.”