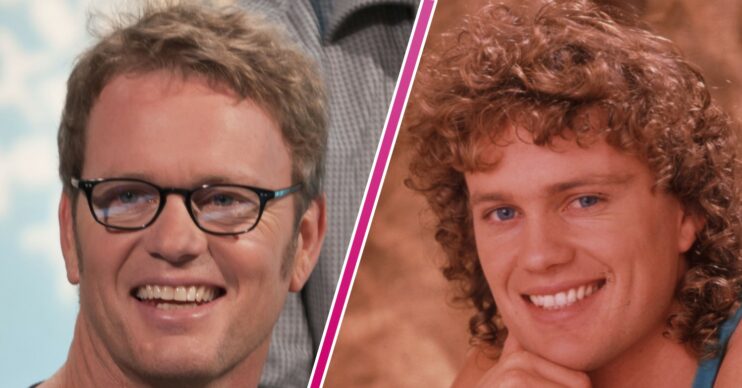 Henry Ramsay does not appear in the show's last ever episode

Craig McLachlan, who played Henry Ramsay in Neighbours, has responded after he wasn’t asked to appear in the finale week.

A host of famous faces from the show’s 37 years have returned to pay tribute after Neighbours was axed earlier this year.

However, Craig was not one of them.

A spokesperson for Craig told The Sun: “Henry’s dead mother is being reincarnated for the final episode — but cancel culture won’t allow her son Henry to appear or even be acknowledged.

“What Craig and his partner have endured over the past four-and-a-half years — only to come out the other side and be confronted by, among other things, the attempted permanent erasing of his part in Neighbours history — is devastating.

“Craig was not invited to take part in the closing episode or indeed to contribute in any way to the end of Neighbours.”

However, the actor and singer did find a way to pay his own, interesting, tribute to the show.

He revealed he got the call to join the show in 1986 and it “changed his life”. He said he met “good people” and had “good memories” and he “loved each and every day.”

Craig then dressed up as alter ego Henry to make a joke about his infamous mullet.

In 2020 Craig was accused of sexual assault during his time on a 2014 production of The Rocky Horror show.

He was accused of seven charges of indecent assault and six of common assault by several of his co-stars.

He was found not guilty of all thirteen charges and thanked his legal team for their “exceptional” work.

He also said: “We have maintained a dignified and respectful silence for the past almost three years and put our trust in the law. And here we are today.”

Craig was cast as Henry, brother to Kylie Minogue‘s character, Charlene, in 1986.

His mum was Madge Bishop and Harold was his stepdad.

Known for his dodgy mullet and denim overalls, Henry was the show’s resident heartthrob. He was also a joker, who eventually married his true love Bronwyn and moved to New Zealand to become a DJ.

Craig won three Logie Awards for playing Henry during his time on Neighbours.

The soap was dealt the devastating blow earlier this year that it was being axed.

In an interview with Radio Times Channel 5 boss Ben Frow admitted he could have injected the cash needed to save the show for its UK audience.

However, he went in a different direction.

Revealing Neighbours was axed based on a “business decision”, he said: “I could spend the money on other things, which is what I decided to do.

“I can better spend the Neighbours money on UK shows.”

A host of stars from the past including Kylie, Jason Donovan (Scott), Guy Pearce (Mike), Margot Robbie (Donna) and of course, Anne Charleston (Madge) were among those who agreed to reprise their roles for the finale.

Will you be watching the Neighbours finale? Leave us a comment on our Facebook page @EntertainmentDailyFix, and let us know what you think of this story