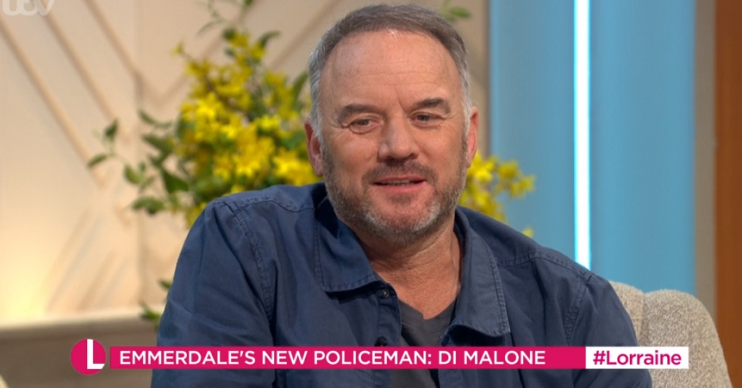 Mark Womack admits wife Samantha has teased him over his new Emmerdale role.

The 59-year-old actor, whose partner appeared as Ronnie Mitchell on the BBC soap EastEnders on and off from 2007 to 2017, revealed she has given him some simple advice after he joined as DI Malone.

Appearing on Lorraine on Wednesday (Wednesday, March 11), he said: “She just takes the mickey out of me because I’m terrible at learning lines.

“She just said ‘Learn the lines, don’t knock anything over, just get on with it.’ ”

Talking about juggling his career and Samantha’s career with the demands of being a parent, Mark said: “Lily is 15 but the other two are older, Ben and Michael, so they can be with her if we need to be away.

For the former Sorted actor, said he felt the offer to appear on Emmerdale has come at just the right time.

He explained: “The timing’s been really good, because I have been busy this year but to be offered this, it just felt right. Not that I wouldn’t have done it before but this time was the right time to begin.”

He has settled into life on the show, and he quickly grew close to co-star Jeff Hordley, who plays his on-screen foe Cain Dingle.

He added: “Honestly, from day one you feel really included in the whole thing. They’re really warm.

“You sort of have a buddy system where one of the actors will take you under the wing, which was Jeff, who plays Cain.

“Brilliant, he showed me round, gave me his number, ‘if you need any advice.’ ”

However, he isn’t sure if their friendly relationship will extend to their alter egos, even though he admitted “it would be great”.

He teased: “That would be interesting, wouldn’t it? I’m not going to give anything away. No, it would be great. I’m not sure that happens just yet – a lot of fun and games before that.”