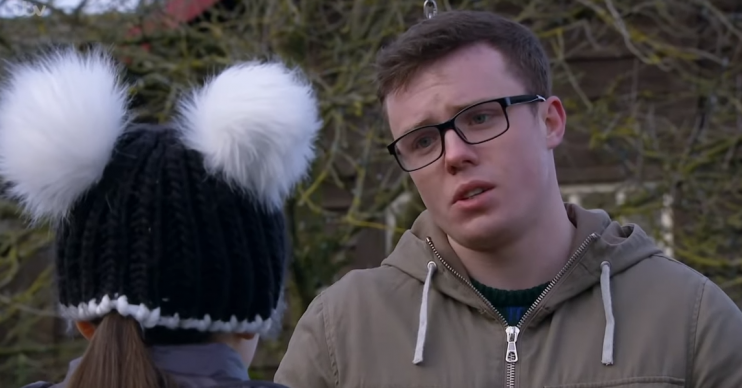 Bradley Johnson, who plays Vinny in Emmerdale, looked unrecognisable today as he attended the TRIC awards.

Alongside the picture he tweeted: “At the @TRICawards with the wonderful @emmerdale gang! #tricawards #emmerdale #awards #london.”

Recently Bradley left his co-star in stitches after revealing an ’embarrassing’ wardrobe malfunction that happened when he went for a run.

On Twitter he wrote: “I went for a run today, all was great, but I couldn’t help thinking ‘bloody hell my arse is cold’.”

“I heard a couple of cars beeping, thought nothing of it until I got home and realised I ripped my shorts all the way down my arse. Literally I couldn’t be more embarrassed.”

I went for a for a run today. all was great, but i couldn't help thinking "bloody hell my arse is cold". I heard a couple of cars beeping, thought nothing of it. UNTIL I got home and realised I ripped my shorts all the way down my arse. LITERALLY Couldn't be more #embarrased

The actor joined the cast of Emmerdale last year as Mandy Dingle’s ‘son’.

Mandy returned after 17 years away from the village with teenager Vinny.

Although Mandy has led her family to believe that Vinny is her son, viewers know that they are not related.

But if he isn’t Mandy’s son, then who is he?

Before landing his role in Emmerdale, Bradley appeared in BBC series The syndicate playing Noah Stevenson for four episodes.

The talented actor has also appeared in Harriet’s Army, Shameless, Five Days, and And When Did You Last See Your Father?

As well as being an actor, Bradley also has a cracking set of lungs and was a finalist on BBC’s Let It Shine back in 2017.

He told the panel: “I’ve been singing since I was five. Singing is my passion and it’s something that I’d love to do.”