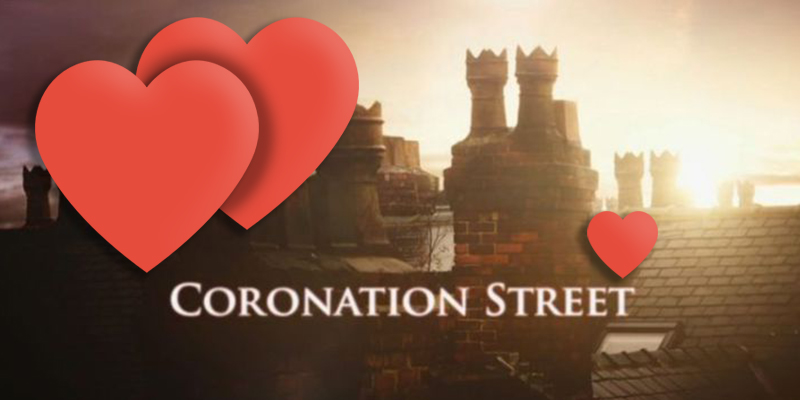 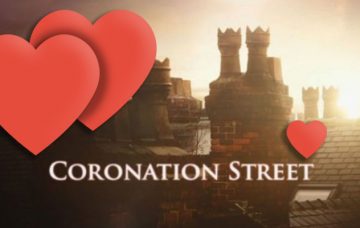 Coronation Street is a hot-bed of love, romance and relationships, so it’s little wonder it spilled over into real life for the likes of Sue Nicholls and Mark Eden.

The Street has produced many a real-life couple – and has even resulted in four marriages!

The longest-lasting duo are Sue Nicholls (Audrey Roberts) and Mark Eden (Alan Bradley) who married in 1993.

Mark starred on the show from 1986 until 1989 when his character, the mean and nasty Alan, was killed off while chasing Rita Tanner (Barbara Knox) and was hit by a tram.

Sue has been with the cast of Coronation Street since 1979 and has been a firm favourite with viewers ever since.

The late Anne Kirkbride, who played Deirdre Barlow, was also wed to a fellow cast member after meeting on the set in 1990.

Her husband-to-be was David Beckett, who played her on-screen boyfriend, joiner Dave Barton, between April and September 1990.

The pair hit it off and married in 1992. They remained together until her death, aged 60, from breast cancer in January 2015.

Elsie and Alan split up in 1976 and she returned to Weatherfield, however, in real life Pat and Alan remained married until he died from liver failure, as a result of alcohol problems, in 1979.

The fourth marriage Coronation Street has produced was that of Alan Halsall (Tyrone Dobbs) and Lucy-Jo Hudson (Katy Harris).

Although their characters never dated on-screen, they hit it off off-screen in 2002. They confirmed their relationship in 2005, which was the same year Lucy-Jo left the soap when her character killed her father, Tommy Harris (Thomas Craig) and then took her own life by inducing a diabetic attack when she was unable to live with the guilt.

The couple stayed together despite her departure from the cobbles and married in 2009. They welcomed a daughter, Sienna Rae, in 2013, but called time on their marriage in 2016.

They reunited later that year, but split up again in May 2018, and while Alan has remained single, recently telling his fans he will be spending Valentine’s Day alone, Lucy-Jo has moved in with her new boyfriend Lewis Devine, and they now have a baby son together.

Unlike Lucy-Jo and Alan, Corrie co-stars Tina O’Brien (Sarah Platt) and Ryan Thomas (Jason Grimshaw) never married, but did get together after meeting on the Street, and now share daughter Scarlett together.

Tina had been dating Ryan’s on-screen brother Bruno Langley (Todd Grimshaw) before she got together with Ryan in 2002. They stayed together until 2009, welcoming Scarlett in October 2008.

The pair remain amicable despite their split, with Ryan even being invited to Tina’s wedding to Adam Crofts, with whom she shares her second child, Beau, on New Year’s Eve 2018.

Ryan is now engaged to former TOWIE star Lucy Mecklenburgh… and they welcomed a baby son, Roman, in 2020.

Elswehere, Rob Mallard (Daniel Osbourne) sparked rumours of romance with Billy Mayhew actor Daniel Brocklebank when they hit the red carpet together at the LGBT Awards in 2017.

Confirming they were together, Rob tweeted at the time: “Thanks for all the kind comments! I have indeed bagged the ‘notorious’ @Dan_Brocklebank.”

Meanwhile Daniel responded: “It’s true! @Rob_Mallard only came round to put some shelves up and it went from there.”

Rob then thanked his boyfriend at the British Soap Awards during his acceptance speech for Best Newcomer telling the audience: “Even though this is fantastic, Dan you’re the best thing I’ve ever taken home.”

But sadly the couple called it quits two months later due to the strain of working together and being in a relationship.

It was reported that Nicola and Charlie had called time on their romance after 10 months together, even though they’d been friends for 10 years. They are said to remain friends.

The pair were spotted walking hand in hand to the ITV summer party in August 2018 after reportedly telling colleagues about their romance. They are now engaged.

According to The Sun a source said they “met at the right time in their lives” and everyone “thinks it’s a match made in heaven.”

What do you think of these Corrie real-life couples? Leave us a comment on our Facebook page @EntertainmentDailyFix and let us know what you think!