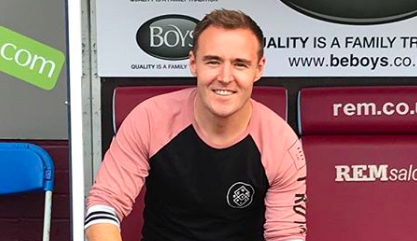 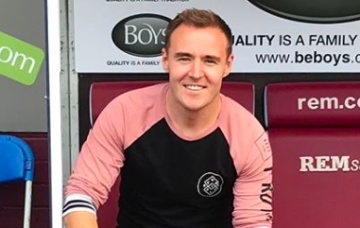 He's been single since splitting from wife Lucy-Jo Hudson

Coronation Street favourite Alan Halsall has been feeling a little bit sorry for himself in the run up to Valentine’s Day.

Like his soap character Tyrone Dobbs, Alan will be spending Thursday 14 February alone this year.

And he’d like his social media followers to show him some sympathy!

The actor, 36, announced he had split from his wife Lucy-Jo Hudson in May 2018, just a few months after they’d moved into a new home together.

While Lucy-Jo has made no secret of the fact she’s moved on and is now living with panto star Lewis Devine, Alan has remained single.

Joking about his single status as we head towards Valentine’s Day, the fitness fanatic shared an amusing photograph with his 121,000 Instagram followers.

Posting a photo of a milk carton with 14 February stamped on it, the message read: “When your milk has a Valentine’s Day date and you don’t.”

Beside the joke meme, Alan added the violin emoji – and had received more than 5,000 likes at the time of writing.

Fans were quick to reassure him, with one writing: “All good things come to those who wait.”

Another said: “Valentine’s is over-rated anyway!”

Unsurprisingly, Alan also received plenty of offers for a date…

Earlier this week, Alan told fans how he’d been mending his broken heart in the gym, having burned over 4,000 calories in a three-hour session at the gym.

He revealed statistics that proved he’d worked out for nearly three hours and burned 2,144 calories on Monday.

The following day, he endured two workouts in the morning – burning off another 1,610 calories.

We’re exhausted just hearing about it!

Who is your favourite Corrie hunk? Leave us a comment on our Facebook page @EntertainmentDailyFix and let us know what you think!