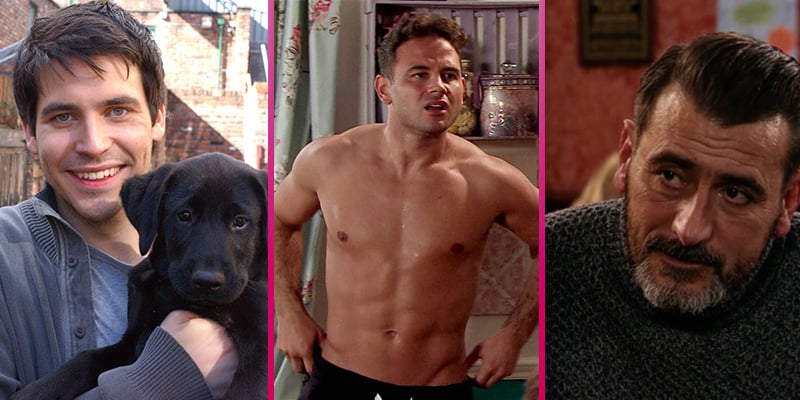 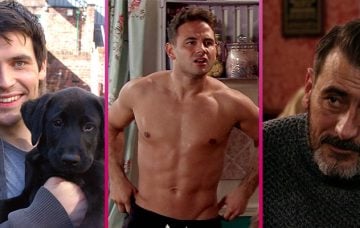 Who's the hunkiest of them all?

Coronation Street is known for its strong characters, but sometimes it’s nice if some of those people are easy on the eye too.

From the late Liam Connor to Steve McDonald back in his day, there’s been some fine specimens of manhood on the cobbles over its 58 years on screen.

Here’s our list – in no particular order – of the biggest heart-throbs of Corrie past and present.

Rob James-Collier appeared on Corrie as Liam Connor between 2006 and 2008 and in two short years he took home Sexiest Male at the British Soap Awards in 2007 and 2008.

Just like the hearts of the nation, he set the hearts of the Street’s women aflutter too. He dated Frankie Baldwin (Debra Stephenson), Leanne Battersby (Jane Danson), Maria Connor (Samia Longchambon), had an affair with Carla Connor (Alison King). That’s a lot of ladies in two years!

Although he married Maria, his heart lay with Carla, and her husband-to-be, Tony Gordon (Gray O’Brien) knew that too – so he had Liam killed in a hit and run. Maria and Carla were distraught – and so were the UK’s female population.

X Factor winner Shayne Ward was always going to be a hit with the ladies when he arrived in Weatherfield in August 2015 as Aidan Connor.

He romanced Eva Price (Catherine Tyldesley) and had an affair with Maria resulting in an almighty fall out at his wedding to Eva.

Sadly behind the handsome face and cheeky chappy exterior, Aidan was battling some dark demons, and he took his own life in May 2018. The storyline was praised for raising awareness of male suicide, and Aidan is missed from the Street.

Before Ben Price took over the role in 2009, Nick Tilsley was played by ultimate 90s heart-throb Adam Rickitt.

He eloped with Leanne when they were just teens, and he was engaged to Maria Connor. He also shared the soap’s first gay kiss when a confused Todd Grimshaw (Bruno Langley) locked lips with him.

Adam had a pop career in the 90s too, appearing naked in the video for I Breathe Again and setting pulses racing with his performances, and can now be seen all grown up in Hollyoaks playing Kyle Kelly.

Two Nicks for the price of one isn’t bad, is it?

Since Adam left the role in 2004, Nick arrived back with a new head in 2009 now played by Ben Price.

Nick’s luck with the ladies hasn’t changed since the recast – he married Leanne again, and married Carla for a day, had a relationship with Erica Holroyd (Claire King), and then left the cobbles for a while and married Elsa (Kelly Harrison).

His return in 2018 saw him reunite with Leanne, again, but with him set to become the new Corrie super-villain, how long their latest union will last this time is anyone’s guess.

There’s not a day that goes by that we don’t miss Jason Grimshaw (Ryan Thomas) and that’s not (just) because of those abs.

Wherever he is now, we hope he’s finally found the right one to appreciate him.

Peter Barlow is a rogue, we all know that, but we can’t help but see exactly why women fall for his charms time and time again.

He’s so appealing, in fact, back in 2003 he managed to convince two women to marry him at the same time (they obviously didn’t know about each other) when he bigamously wed Shelley Unwin (Sally Lindsay) while already married to Lucy Richards (Katy Carmichael).

Peter has actually been married five times, most recently to Carla. Although they divorced when he cheated on her with Tina McIntyre, their chemistry is still there and you just know they’re going to end up together eventually.

And with that beard, brooding looks and those chunky jumpers, why wouldn’t she take him back?

Sam Robertson was just 18 when he arrived on the cobbles as Adam Barlow in 2004, but it was clear he was every teenage girl’s ideal man.

Adam has a reputation for being a bit of a ladies’ man, but after a recent kiss with Sarah Platt has admitted he actually wants to settle down and find The One, so he’s gone off travelling for a few months to do that. Hurry back, Ads!

Now a middle-aged man, Steve McDonald might not be everyone’s first choice for heart-throb status, but back in the day he was one brooding and handsome fella.

There’s no denying the man has attracted a lot of women over his near-30 years on screen – seven marriages to five different ladies in fact, not to mention all the engagements and flings he’s had,

There’s just something about Steve McDonald the ladies can’t resist.

He didn’t set her pulse racing though, as she ended up choosing Tommy Duckworth (Chris Fountain) over Dr Matt.

Corrie’s got a thing about handsome doctors called Matt – and clearly so have we!

Dr Matt Ramsden moved into the Street with wife Charlie (Clare McGlinn) in 2000, but soon fell into bed with Maxine Peacock (Tracy Shaw) and got her pregnant.

Despite Maxine having his child, she chose to stay with husband Ashley (Steven Arnold) and Matt and Charlie left Weatherfield in 2002 to patch up their marriage.

It’s such a shame Callum Logan was such an irredeemable character because he really was very, very handsome.

He arrived in 2013 and spent a year terrorising the Platts before he was killed off in September 2015.

But even in that short year he managed to woo both Katy Armstrong (Georgia May Foote) and Sarah Platt.

Imran arrived on the Street to see sister Rana Habeeb (Bhvana Limbachia) when his marriage ended.

He was a welcome addition to Adam Barlow’s law firm, and he managed to simultaneously date sisters Leanne and Toyah Battersby (Georgia Taylor). Although after reassessing his ways when he was involved in Sally Metcalfe’s (Sally Dynevor) wrongful conviction, he’s since settled for just Toyah.

Who’s your hottest Corrie heart-throb? Leave us a message on our Facebook page @EntertainmentDailyFix and let us know what you think.