As Sinead Osbourne's devastated family start to pick up the pieces following her death in Coronation Street, Katie McGlynn has revealed the harrowing toll filming the storyline took on her own body.

Not only did she stop taking care of herself and put on a stone in weight while playing out Sinead's final days, but she has since needed counselling to cope.

In an interview with the Sunday Mirror, Katie has told how she piled on the pounds as a result of not eating properly while on set and being too tired to cook in the evenings. 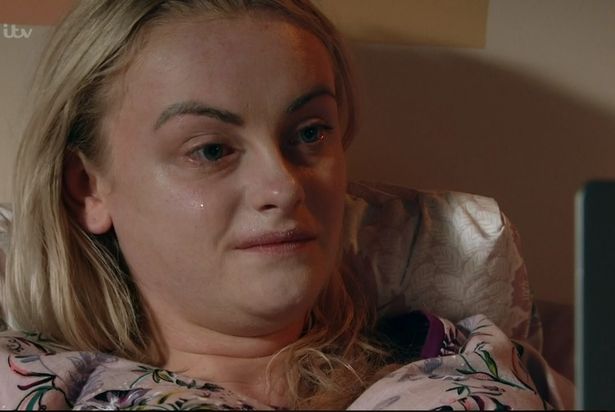 "The emotion involved in Sinead dying meant I was just grabbing food and not really thinking about good nutrition," she said.

"I was so tired when I got home that I'd order a takeaway. On set, there were a lot of chocolates, flap jacks and treats flying around."

I was so confused about what was wrong with me.

Katie has previously admitted she's hit the gym in a bid to drop the extra weight and also help her mind too. 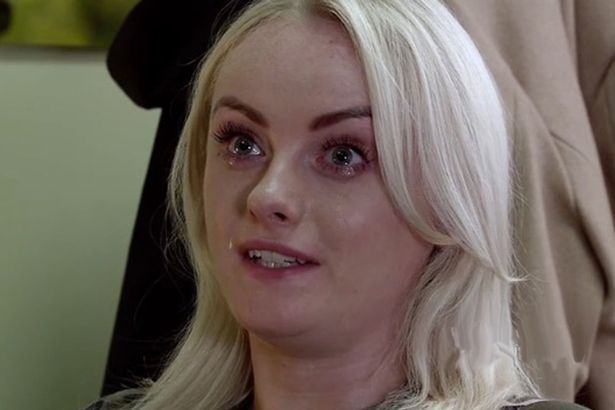 Katie didn't realise she was having trouble until after she'd left the show (Credit: ITV)

But whilst the soap offered her counselling ahead of the big storyline which saw Sinead lose her battle with cervical cancer, it was only after leaving that Katie realised she was struggling.

After breaking down in tears watching some of her scenes, Katie couldn't figure out why she was so upset.

She added: "I was so confused about what was wrong with me.

"There was no reason for me to be so upset. I hadn't been drinking, I wasn't hungover and I knew it wasn't hormonal."

After getting the details of a counsellor from a friend, she was shocked when she was told she was "grieving for Sinead".

Sinead's gone, but her memory will live on (Credit: ITV)

Explaining, Katie said: "Throughout my adult life, she's been inside of my head for seven years and my whole life was wrapped around her.

"I used to put on Sinead's crazy shoes, and I would become her. I have grown up with her and I'm sad now she's gone."

Sinead's devastating story came to an end on Friday (October 25) and fans have heaped praise on both Katie and her co-star Rob Mallard (Daniel) for their heartbreaking performances.

Now she's gone, Daniel is faced with the devastating task of carrying on with his life without his wife.

Reports have already suggested he will struggle to cope and this week sees him leave the cobbles for Scotland with Bertie.

He says it's just a holiday to get away, but Sinead's aunty, Beth Sutherland, is fearful she'll never see them again.