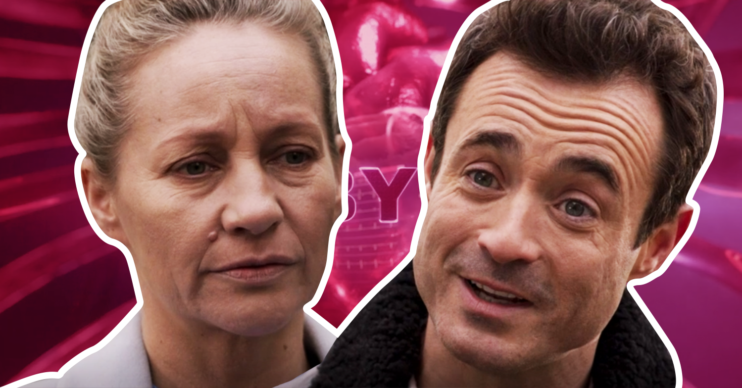 He was 'back from the dead'

Holby City viewers were left in tears as Raf Di Luca ‘returned’ from the dead for his wife Essie.

Recently Essie learnt that her cancer was terminal and had to make the decision whether to continue her treatment.

But during last night’s episode (Tuesday, July 22) she was paid a visit from her late husband, Raf.

In the emotional scenes, the two reminisced over their time together and Raf gave her some words of wisdom.

While Essie worried about leaving her adoptive daughter Isla behind, Raf said Sacha would make sure the little girl remembers her.

As she was terrified about the idea of dying and leaving everyone behind, her late husband reminded her to be happy with the time she has left.

Meanwhile Sacha desperately tried to look into treatments for his girlfriend. However she had decided she was going to make the most of the time she has, and in ensuring Sacha and her daughter are looked after.

Towards the end of the episode, Raf appeared to Essie once again as she thanked him. He told her she knew where to find him if she needed him again before disappearing.

Raf’s return ended up leaving viewers in tears as they expressed how much they missed him.

What happened to Raf in Holby City?

Back in 2017, Raf was shot dead by Henrik Hansen’s son, Fredrick, during a rampage through the Holby hospital.

It was revealed earlier this month that Joe McFadden would be returning to his Holby role, despite his character’s demise three years ago.

Last year, Joe expressed he would like to return to the BBC medical drama as a ghost.

He told Inside Soap: “I pitched it to the producer that Raf could appear as a ghost and give Essie some advice, but he wasn’t having it!

“I’m happy being a good memory and Raf’s memorial was blessed by Reverend Richard Coles. He blessed it in real life as well – so I really feel as if I’m dead now.”

How did you feel about seeing Raf again? Leave us a comment on our Facebook page @EntertainmentDailyFix and let us know what you think of this story.