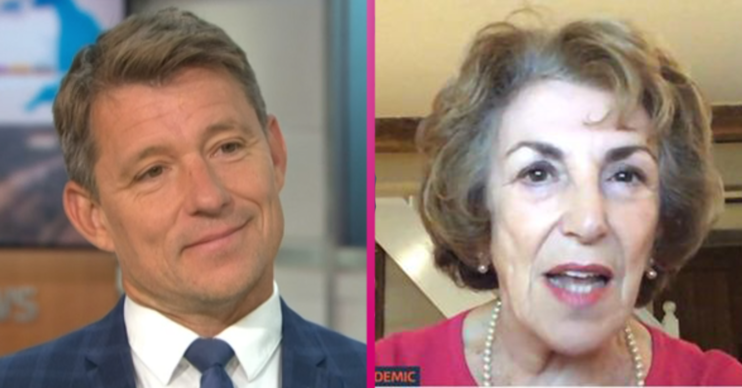 Do you think MPs deserve a break?

GMB viewers are divided as to whether MPs deserve a summer break this year.

Ministers will be taking a six-week break over summer as the House of Commons goes into recess until September 1.

This means that MPs will be in recess for a total of 63 working days this year.

“I prefer to have human beings as our members of parliament – not robots endlessly running parliament,” she said.

“Back then, it was easy for men to spend all their time in Westminster because they had wives at home – but we don’t do things like that anymore.

“I recognise the importance of parents and fathers and I want them to spend time with their families and then be more normal people, if you like, when they come back to sit on the green benches.”

Dr Sarah Jarvis added a break was important for the mental health of MPs.

She said: “It is really important that they do get a break in order to recharge.

“But by the same token, I think it’s also very important that they be seen to be doing it.

“Let’s go from this do as I say not as I do to I’m going to take a week off, I’m not going to go abroad, I’m going to have time with my family and then be back for you.”

Should MPs be going on holiday during times of crisis?

Former adviser to Theresa May @neroughwujabo says MPs should not be taking holidays while the pandemic is going on.

He says they need to be on hand to support and scrutinise decisions made by the government. pic.twitter.com/s2DeYHE8Eu

However, the debate left those tuning in at home divided.

Many felt that MPs should not take six weeks off for summer due to the global coronavirus pandemic.

Taking to Twitter, once wrote: “@GMB @benshephard @ranvir01 why should the MP’S get time off when nurses had all there annual leave cancelled due to helping with COVID.”

Another added: “@GMB I’ll tell you who deserves a holiday, the nurses that have broke themselves saving lives and who wont get an increase in pay! Maybe the politicians could give their £££££ bonuses up to the lovely nurses?”

Moments later, a third wrote: “@gmb sorry Edwina many people have canncelled there holidays this year why not MP’s? They did get a £10,000 pay rise during lockdown whilst many lost thier jobs. #coronavirus”

Shortly after, a fourth wrote: “@GMB no holiday for the government. We have a crisis on our hands plus do we wanna see you in the Bahamas while we are picking up the bill for covid.”

But some argued that MPs needed a break.

“@GMB the last thing we want is a tired government trying to manage a second wave. Everyone needs a break and they are humans as well as MPs. Let them take a holiday,” one viewer tweeted.

Another added: “@GMB Surely they need a break and it is possible to work remotely, being away from London does not mean MPs are not working, your staff are on holiday….”

Do you think MPs deserve a summer break this year?