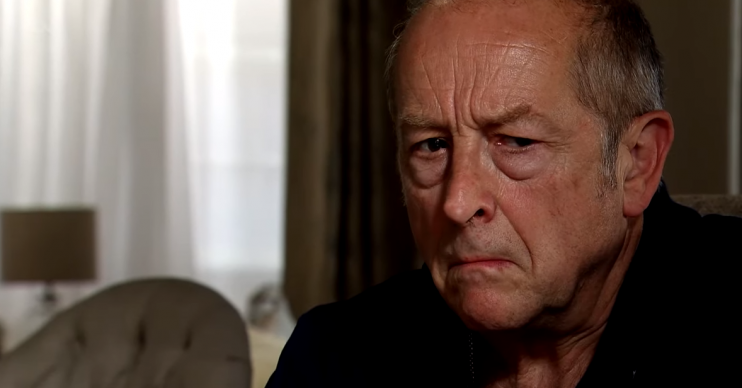 Viewers of Coronation Street have predicted Geoff Metcalfe’s recording of him abusing wife Yasmeen will lead to his downfall.

In last night’s episode of the soap (Monday February 3 2020), Yasmeen and her granddaughter Alya made plans to go and have a massage and spend some time together.

However, Geoff made sure to ruin everything by telling Yasmeen that his usual assistant Emma couldn’t do the birthday party performance that Geoff’s magic act was appearing at.

Yasmeen stepped in, but when the trick went wrong, Geoff was secretly seething and called his wife a nasty name.

Later his son Tim put a video of the trick going wrong online and it ended up going viral.

I was hoping Geoff was accidentally live streaming that video on Facebook.

Yasmeen tried to calm Geoff down, but it just made her husband even more angry.

He soon whipped out his phone and pointed the camera in Yasmeen’s face.

He yelled at her: “Not nice is it? Being filmed when you don’t want to be! Look at the camera. Smile!

“I’m a professional, Yasmeen. I kept going! Emma wouldn’t have got me into that mess. She’d have looked a sight better in that outfit too.

“Don’t turn away from me when I’m filming you! She wouldn’t have worn it with that fleece either. Dear oh dear, what a state!

“Would you like this on the internet for everyone to laugh at?”

When he finally put the phone down he ordered her to go and get some chips for dinner as he refused to eat the “slop” she made.

Poor Yasmeen ran out of the house in tears, clearly devastated by what had happened.

However viewers are hoping Geoff will get what he deserves and that someone will either find the video or he’ll accidentally put it online.

#Yasmeen #Corrie is anyone else praying that someone finds the footage of that horrible video Geoff filmed ?

This storyline is so disturbing, heartbreaking and almost unbearable to watch 😢 💔 if it helps just one person in real life it will be worth it..poor Yasmeen 😢 the video recording will be his downfall 🤔 #Corrie #superbacting @shelleyking55 #Geoff

#Yasmeen #Corrie is anyone else praying that someone finds the footage of that horrible video Geoff filmed ?

#Corrie hope Geoff forget to delete that footage on Yasmeen phone and aliah sees it or Tim ..time for his comeuppance !..vile man !!!

How are people going to see that video that Geoff made? He needs to be ousted! #Corrie

Hopefully Geoff will be famous for another video soon enough #Corrie

Oooooohhhhh someone’s gonna see that video. Hate to watch it. But glad Geoff is digging his own grave. #corrie

Later Yasmeen ran into Emma, who revealed Geoff didn’t want her to do the show as he must have wanted Yasmeen to do it.

Is Yasmeen starting to see her husband’s behaviour isn’t normal?