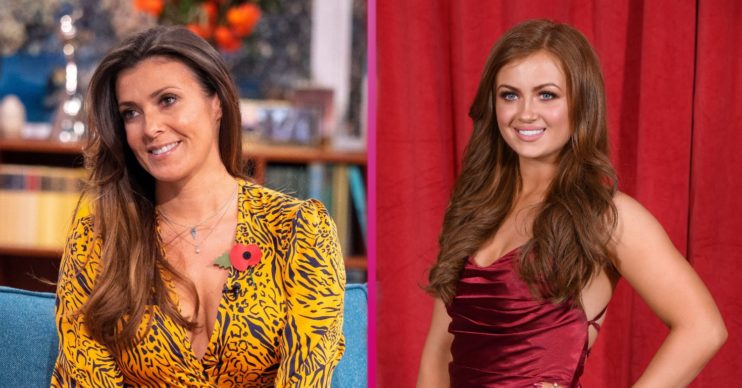 Former Coronation Street star Kym Marsh has had her say on EastEnders actress Maisie Smith smoking an alleged spliff, claiming she should be setting a “better example”.

Last week, in pictures obtained by The Sun, Maisie could be seen pulling into a former waste tip with a friend to smoke the cigarette. However after finishing, she quickly drove off as a police car drove into the area.

But now, former Corrie actress Kym, who played Michelle Connor for 13 years, has spoken out revealing her thoughts on the incident.

What did Kym Marsh say?

Kym wrote in her OK! Magazine column: “Actress Maisie Smith, who plays Tiffany Butcher in EastEnders, has been pictured smoking what reports say looks like cannabis while behind the wheel of a car. This was a really silly thing to do.

Read more: Will Kym Marsh return to Corrie and is she single?

“We all make mistakes and do wrong things, and hopefully this is something Maisie will learn from as she’s only 19.”

She added: “When you’re in a soap you have to remember that you have an influence on others – especially younger people – and you have to set an example.

“You are an ambassador for your show, so you have to make sure you uphold its values. I can’t imagine she will get away with it lightly.”

Entertainment Daily has contacted Maisie’s reps for comment on this story.

Maisie Smith and the ‘strong-smelling’ cigarette

An eye witness reportedly claimed that a strong smell seeped from the open window of the car as the actress and her friend spent about 40 minutes parked after arriving at the former waste tip at 3.50 pm on Sunday, July 19.

An onlooker reportedly told The Sun: “Locals know this area as a spot for people having a smoke. She had the window down and the smell was really strong. I couldn’t believe she was doing it whilst driving.”

Maisie, who joined EastEnders in 2008, hasn’t spoke out about the incident.