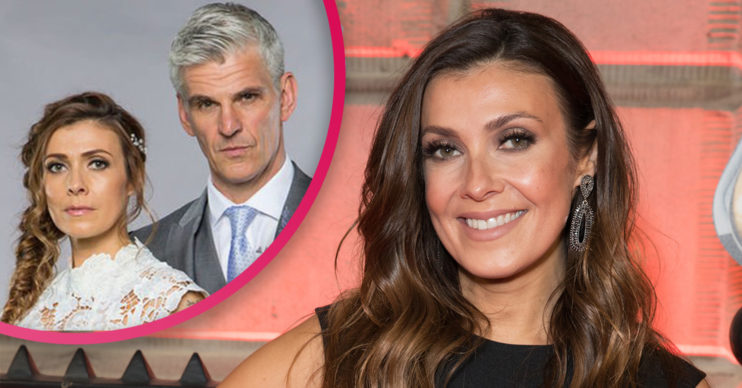 Kym Marsh fans are desperate for her Coronation Street return.

But will Kym Marsh ever return to Corrie?

Will Kym Marsh return to Corrie?

The door has been left open for Kym to reprise Michelle Connor.

And the actress has confirmed she will be back on the cobbles – although she’s yet to give an exact date.

During an interview with Best magazine, she said: “It [was] an incredibly difficult decision, but it feels like the right time to explore some other roles.

“But this isn’t the last you’ve heard of Michelle Connor – she’ll be back!”

Kym left Corrie as she wanted to “test myself as an actress” after 13 years on the soap.

During her time off, she’s also been showcasing her presenting skills by standing in for Alex Jones on The One Show.

EastEnders star Maisie Smith made headlines after she was spotted smoking a “strong smelling” cigarette while sitting behind the wheel of her car.

Commenting on the incident in her column for OK!  magazine, she wrote: “This was a really silly thing to do. We all make mistakes and do things wrong, and hopefully this is something Maisie will learn from as she’s only 19.

Read more: Coronation Street QUIZ: These characters have all done time – can you remember the crime?

“When you’re in a soap, you have to remember that you have an influence on others – especially younger people – and you have to set an example.

“You are an ambassador for your show, so you have to make sure you uphold its values. I can’t imagine she will get away with it lightly.”

Kym has been dating boyfriend Scott Ratcliffe since July 2018 following her split from Matt Baker.

The couple were introduced by her Coronation Street co-star Antony Cotton.

Scott, who is 11 years Kim’s junior, is an army Major in the Parachute Regiment.

Shortly after meeting the star, he had to jet out of the country on a tour of duty.

But the pair stayed in contact via text message and FaceTime.

When he eventually arrived back in the UK, Kim surprised him off the plane and the two hit it off instantly.

Opening up about how they met, Kim told Fabulous magazine: “After a few dates, you might end up in bed together. Whatever. But when did you get to know the person down the line?

“So the way we met was really weird, but it was a wonderful way of getting to know someone.”

Does Kim Marsh have children?

Kim has four children and one grandchild.

The star had her eldest daughter Emilie, 23, and son David, 21, with former partner Dave Cunliffe.

Following the breakdown of her marriage to EastEnders star Jack Ryder, she married Jamie Lomas.

The couple went on to have tow children together, Polly, nine, and Archie who tragically died after he was born 18 weeks prematurely.

Last May, Kym became a grandmother for the first time when her daughter Emilie gave birth to a baby boy.

Why did Kym Marsh quit Hear’Say?

After auditioning for ITV talent show Popstars in 2001, Kym was put into the group Hear’Say.

Just over a year later, Kym quit the group following a fall out with Myleene.

The star opened up about her decision to leave in her autobiography From the Heart.

She wrote: “At the start of 2002, we were invited to play to British troops in Oman but I needed to be in the country for my children. There was a misunderstanding that I didn’t want to go to Oman and a newspaper got wind of the story.

“When I asked my PR agent he said that someone in the band had spoken to the newspaper. I felt utterly betrayed. Then I was asked by a newspaper if I had any comment and I was so angry I said, ‘I quit’.

Kym added: “I’m sorry I quit through a newspaper rather than sitting down with the rest of the band. If we could have had a chat to clear the air it wouldn’t have been so bitter afterwards.”

Following her departure, Kym and Mylene stopped talking – but that changed after the tragic death of her baby son Archie in 2009.

“We were both in tears on the phone and, in the days after Archie’s death, we talked more and more,” Kym continued.

“Myleene really was there for me. She helped me choose the music for Archie’s funeral and sent the most beautiful bouquet of flowers to the crematorium.

“We have both grown up now that we have children of our own. Life is too short to hold grudges and what happened back then isn’t anyone’s fault.

“I am determined not to let anything or anyone come between us again.”

Kym Marsh is on Instagram and regularly shares cute snaps, giving fans a glimpse into her personal life.

You can also keep up to date with Kym by following her on Twitter.