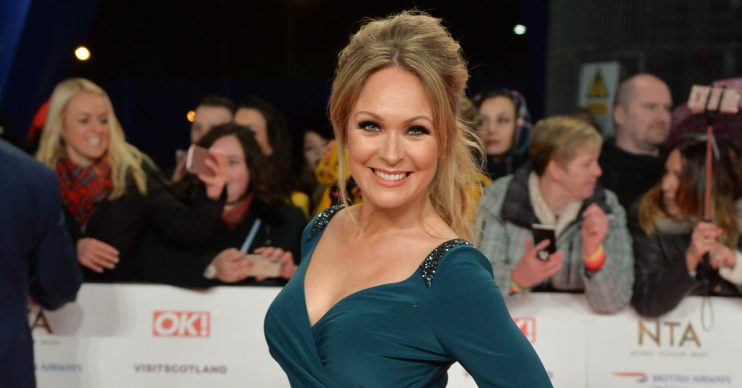 The pair got hitched in a romantic ceremony in Graceland, Memphis, earlier this month, with Michelle announcing the news on Instagram.

And now she’s posted a second photo of their nuptials, as the beaming pair walk back down the aisle of the chapel having just said ‘I do’.

Michelle captioned the snap: “Striding into the weekend like…”

And fans of the actress were quick to comment on the post, with many saying how “gorgeous” and “incredible” they both looked.

Others offered belated congratulations to the pair.

Breaking the news of their marriage earlier in September, Michelle wrote: “In over 100 degrees heat, on Tuesday 10th September, I became Mrs Brooks.”

She followed her caption with hashtags indicating the couple had travelled to the home of Elvis Presley and married in the Chapel In The Woods.

The star announced the couple’s happy news on Twitter.

Sharing a picture of them on a balcony with glasses in their hands, she wrote: “So after months of planning, I popped the question!!! She said yes!!!”

The actress was previously married to Rosie Nicholl, but they split after just 12 months of marriage.

On-screen Michelle’s character Vanessa is planning her own wedding to fiancée Charity Dingle.

Things are on hold at the moment though as the couple are caring for wayward teenager Sarah Sugden in her mother, Debbie Dingle’s absence.

Vanessa is also grieving following the death of her father, Frank Clayton, in the factory fire.