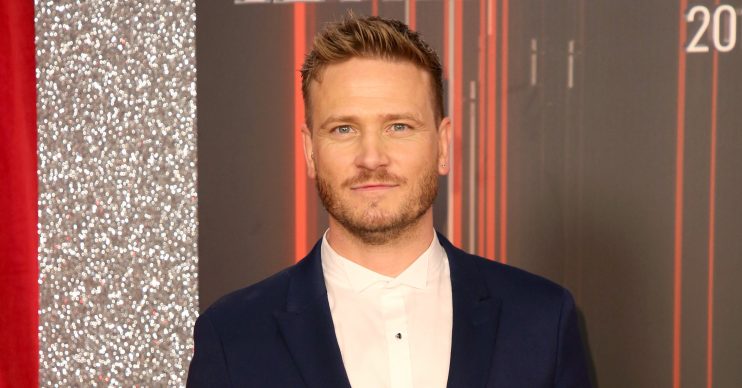 Matthew Wolfenden, who plays David Metcalfe in Emmerdale, is no stranger to tattoos.

The actor has several all over his body and now he’s unveiled his latest addition – one going round his kneecap.

In a post on Instagram thanking the artist who inked him, Matthew shared an image of the mandala – often thought of as a spiritual symbol – on his knee.

He captioned it: “Bloody painful process, but I love it!”

Matthew’s Emmerdale co-star wife, Charley Webb, commented a pair of eyes emoji – which is often used to indicate approval of an attractive photo. (Whatever happened to just saying it?!)

Fans immediately sympathised with the pain Matthew must have gone through to get it.

A second agreed: “Nice but owwwwww!!!”

“OMG I bet that hurt so much. Very nice though,” added a third.

A fourth said: “OMG is that your knee? That must have bloody hurt!! Awesome tattoo though.”

Others commented: “Awesome”, and “Very impressive”.

Charley knows all about pain as she has recently given birth to her third child with Matthew, Ace.

The couple share Buster, nine, and Bowie, three, as well, and regularly post shots of their kids on social media.

Earlier this month, Matthew revealed he and Bowie were enjoying a session in the hot tub.

And Charley has recently shared a video of Buster singing with her on-screen daughter, Katie Hill (Sarah Sugden).

The actress was also forced to defend the couple’s choice to let their elder sons keep their hair long after trolls kept questioning why.

“I get asked so many times on here why my kids have long hair,” she said, adding people say they look like girls.

“The answer is really simple,” she continued, “because we like it and, more importantly, they like it.”

The family welcomed their latest addition in July, but kept Ace’s name and gender a secret.

They revealed they’d had a third boy and named him Ace Gene Wolfenden in an interview with OK! magazine the following month.