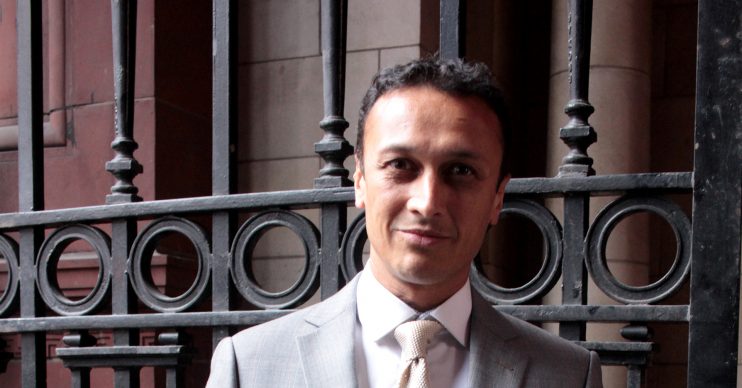 Chris has played Jai for 10 years

Chris Bisson is surprised the Emmerdale factory hasn’t been burnt down sooner after lasting 10 years.

The former Coronation Street star admits it felt like an “end of an era” after shooting scenes where his character Jai Sharma’s factory burns down after the fictional structure was first introduced on Chris’ 34th birthday, nearly 10 years to the day when he filmed the building’s demise.

The 44-year-old star, who celebrated his latest birthday on July 21st, said: “It’s the end of an era and it also marks me being on Emmerdale for 10 years.

“That’s when the factory was first introduced, on my birthday 10 years ago.

“It’s been a 10-year cycle. I’m surprised it hasn’t been blown up sooner or burnt down sooner, it’s lasted quite well in Soap World.”

While the factory blaze is bad news for Jai, Chris has received a positive viewer reaction to Jai’s recently romance with Laurel Thomas, and he is pleased the relationship has enabled him to team up with different actors.

He said: “It all seems to be very positive. I haven’t heard anything otherwise, so I’m really pleased with that.

“So there is a really nice dynamic there, there’s lots to play off, and a lot of good comedy stuff as well.”

Chris also pointed out the writers have been keen to portray Jai as “nice” following his former cocaine addiction, but admits a number of his scripts feature his character being “hot headed”.

He said: “Since he’s been through his rehab and his drug problems, we’ve tried to take him back to a place where he’s nice.

“He doesn’t really have those critical faults. The way he’s written at the moment is that he’s always the hot head, he’s always the one that reacts badly or over the top.

“He can be quite shouty. I get a lot of scripts where it says, ‘Jai loses it,’ or ‘Jai’s temper flares’. That is a recurring thing.”