Charley Webb has reunited with two of her former Emmerdale co-stars for a well-deserved spa getaway - and we want in!

The soap favourite, 31, enjoyed a few days away from mummy duties to spend time with actresses Sammy Winward and Sheree Murphy.

Cassie Lomas, Charley's sister, was also on the luxury mini-break at the Soho Farmhouse in the Oxfordshire countryside.

Sharing several photos of the four of them on her official Instagram page, mum-of-three Charley simply described them as her "bae's".

In one photo, the ladies are wearing white personalised dressing gowns, and look fresh-faced and relaxed.

Other snaps show them enjoying a bike ride, and enjoying cocktails at the bar.

Girls girls girls. A few days away laughing with this lot!

All the girls look stunning but, we've got to say, we LOVE Sammy's shorter bob!

Sheree played Tricia Dingle in Emmerdale, before being killed off in dramatic scenes in 2004 - lightning struck the Woolpack, causing some of the wall to fall on Tricia, severely injuring her. 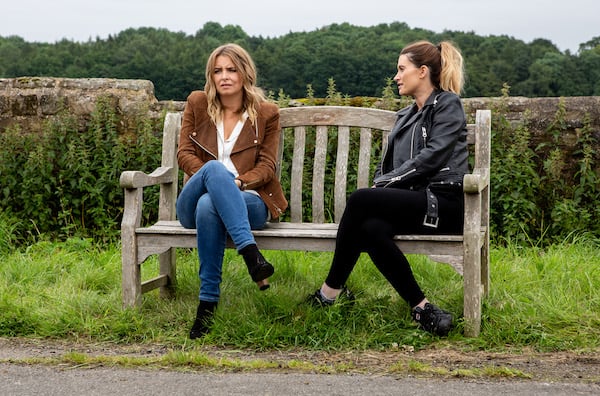 Charley as Debbie Dingle with Charity in Emmerdale (Credit: ITV)

In January 2004, after Marlon kept a vigil at her bedside, the doctors pronounced Tricia brain dead and turned off her life support machine.

Sammy's Katie Sugden also met a sticky end in 2015, when she went through the floorboards after being pushed by her brother-in-law and ex-lover Robert Sugden.

She has recently appeared in a short film opposite Charley and Cassie's brother Jamie, called Lead Belly.

Meanwhile, Cassie is a well-respected make-up artist, who has worked with Little Mix and Rita Ora.

Who would you most like to see return to the Dales? Let us know on our Facebook page @EntertaimentDailyFix.