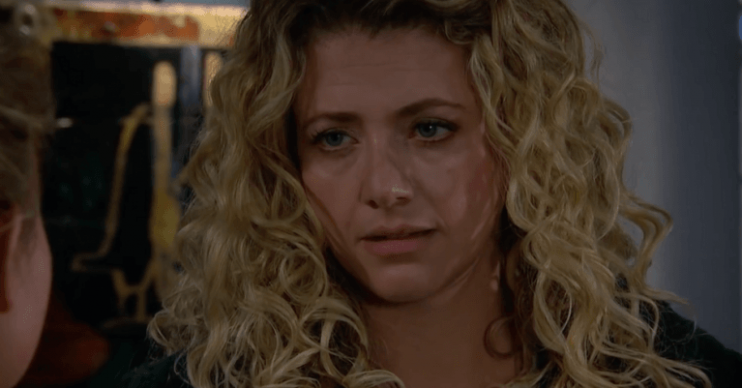 Is she coming back to the village or not?

Viewers of Emmerdale couldn’t believe their eyes last night, when Maya Stepney was released from prison and delivered possibly her biggest bombshell yet – she’s expecting a baby.

On Tuesday night (November 19), the teacher who groomed schoolboy Jacob and convinced him they were in a consensual relationship stepped free from jail looking heavily pregnant.

And fans went into speculation overdrive at the shock twist!

Although some were disappointed with the storyline linking the abuser to the abused with a baby – if it’s Jacob’s – others found sport in guessing the identity of the father.

There continue to be no current plans for the character of Maya to return.

Some fans have predicted that the baby might actually be Jacob’s dad David’s, as mucky Maya was sleeping with them both at the same time.

Others believe her ex-husband Dr Liam Cavanagh could be the daddy, which might explain Bernice’s departure in the coming weeks.

As the news sunk in with viewers, there were some who were frustrated that the uncomfortable storyline was being dragged out even longer.

However, a spokesperson for the ITV soap has revealed that Maya will NOT be returning to the village!

An Emmerdale spokesperson told Digital Spy: “Louisa [Clein] filmed that scene earlier this year whilst she was still with us.

“There continue to be no current plans for the character of Maya to return.”

Emmerdale’s producer Kate Brooks had also previously ruled out a return for Maya in the near future.

Speaking to Inside Soap in October, she explained: “Maya was so multilayered that it feels as though we only just scratched the surface with her. Louisa is a tremendous actress, but there are no plans as yet.”

In upcoming Emmerdale scenes, Jacob – unaware he could be a future father – will attempt to get over Maya by pursuing his relationship with Leanna Cavanagh.

Next week, he also agrees to see a counsellor – a decision that is supported by his stepfather David.

In a message to her fans, actress Louisa admitted the “undercover filming” had been “super exciting”.

Messaging her 24,100 Instagram followers, she said: “Well who saw that coming?? Hats off to Emmerdale for keeping that scene secret! Undercover filming was super exciting!! #emmerdale #mayastepney.”

Well who saw that coming?? Hats off to @emmerdale for keeping that scene secret!! Undercover filming was super exciting!! #emmerdale #mayastepney

One fan remarked: “Never saw that coming at all.”

Another said: “Exciting! Does this mean you’re coming back? Because there has to be more?”

A third added: “Wow, I was shocked, hope you’re back for good, I’ve missed you.”

Would you like to see Maya return to Emmerdale a changed woman? Let us know on our Facebook page @EntertaimentDailyFix.