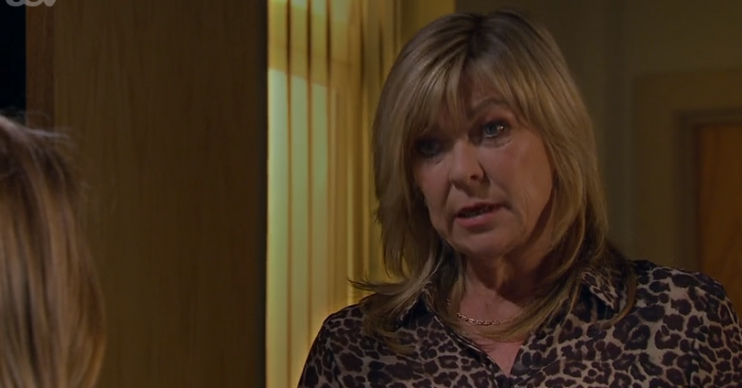 Graham will be killed off this week!

Claire King, who plays Kim Tate in Emmerdale, has revealed she’s quitting social media out of fear of backlash as Graham Foster’s murder storyline kicks off.

Kim is one of many who’s out to get Graham, played by Andrew Scarborough, and this week, he will be killed off in a grisly ‘whodunnit’ storyline.

Speaking to Daily Star Sunday, Claire says: “Kim shows her vulnerable side and admits that she is still in love with Graham.

Read More: Charley Webb won’t rule out having another baby

“It’s all quite cruel really. So when she discovers that she’s been played she decides she wants to get rid of him and orders his murder.

“Andrew has created such a unique character and he is so popular with the audience so I don’t think I’ll be on social media after tomorrow night’s episode, they’re all going to hate me.”

I don’t think I’ll be on social media after tomorrow night’s episode, they’re all going to hate me.

However, Claire also hinted that the killer may not be one of the official suspects.

The storyline will not keep viewers guessing for weeks as the killer will be revealed in a special episode on Friday January 24.

But who has blood on their hands?