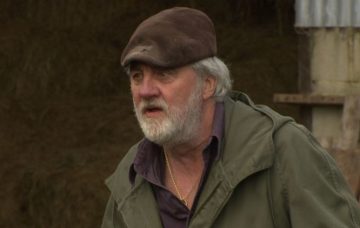 Soap veteran and Emmerdale legend Steve Halliwell is returning to the show after a six-month break.

The Zak Dingle actor hasn’t been seen on screens since last summer, when his on-screen wife Lisa tragically died.

Zak went on to kiss his sister-in-law, Faith Dingle – drawing rage from the rest of the family.

The kiss formed part of Faith’s exit,while Zak went off to visit his granddaughter Debbie in Scotland, where she needed his help to look after her children.

But now Zak is returning, with Steve already having filmed his comeback scenes.

A source told The Sun Online: “Steve’s back on set and is already filming scenes for Zak’s return to the show.

“He was off screen for a break, but it was mainly as Zak wasn’t involved in the Who Shot Graham storyline.

“But fans will have missed him – he’s a show legend after all – and he’ll be back on their screens in a few weeks time. He’s having a great time back on set and everyone was really pleased to see him at work.”

But while Steve is back filming, it doesn’t look like his on-screen granddaughter Charley Webb will be following him as Debbie.

Last month, Charley said: “I’m on maternity leave at the moment. It’s been good, but three kids is a different ball game.

She told OK! magazine: “What I meant was there is no set return date yet. Emmerdale has asked me and we have talked but I haven’t confirmed anything. I don’t have any plans to leave the show, but I might take a bit longer than a year off.”

Are you excited to see Zak back? Leave us a comment on our Facebook page @EntertainmentDailyFix and let us know what you think!