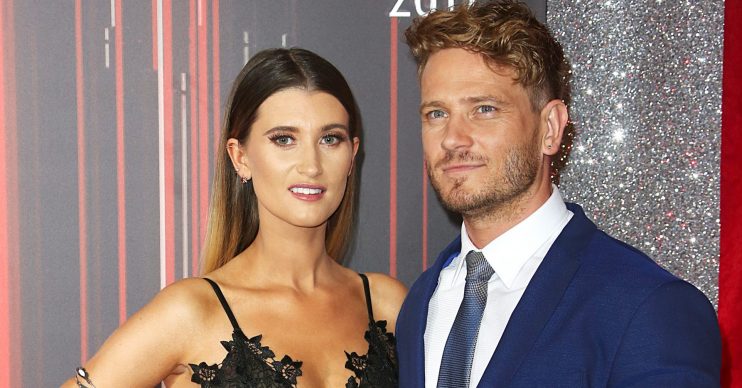 Matthew and Charley are both on Emmerdale

Matthew Wolfenden, who plays David Metcalfe in Emmerdale, has shared a throwback picture with his wife and co-star Charley Webb.

He posted the picture, alongside a current picture of himself, Charley, and their three sons.

13 years ago, to present day… and then they’re we’re 5!! Happy Valentine’s Day to my beautiful wife, my best mate and best mum in the world @miss_charleywebb . Love you so much. ❤️❤️❤️❤️❤️

He captioned the post: “13 years ago, to present day… and then there were five!

“Happy Valentine’s Day to my beautiful wife, my best mate and best mum in the world @miss_charleywebb. Love you so much.”

A third added: “Such a beautiful family. Love the fringe.”

Together they have three children, nine-year-old Buster, Bowie, who is four and Ace, who is six months.

Recently in an interview with OK! the couple said they would be happy to add to their family.

Matthew said: “When we have a night with no sleep we go, ‘that’s it, no more!’ But we recently said we can’t see this being the last baby in the house.”

Charley added: “I always have really tough pregnancies, that’s the only thing. But I don’t feel like I’m finished. I don’t know how many kids I want, but I think I’ll know when I’m done.

“I may not be able to have anymore, so who knows? I feel blessed with three healthy boys so sometimes I feel like it’s greedy to have another.”

Charley recently admitted in an Instagram story that she and Matthew are going to ‘get help’ for sleep struggles after both Bowie and Ace caused sleepless nights for their parents.

After the death of family member Lisa Dingle, Debbie learnt she and her aunt Belle had been left a garage in Scotland.

Debbie decided to make a go of it and moved with her youngest child Jack, meanwhile her daughter Sarah decided to stay behind.