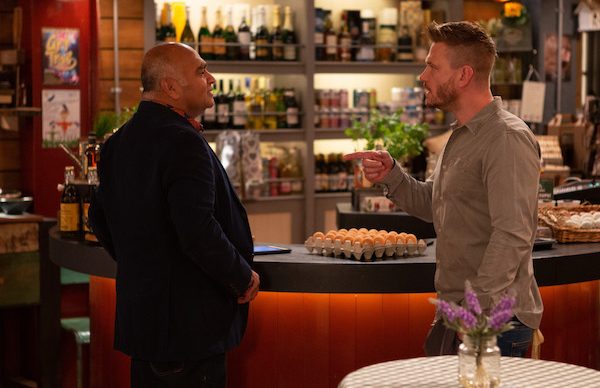 Big changes are heading for the family...

There’s huge drama heading for the Sharma family in next week’s Emmerdale when someone suddenly dies, changing their lives forever…

Life has been tough for the Sharmas over the last few months, and now they’re having to rebuild their lives following the factory fire that destroyed their family business.

But when Rishi tries to rebuild his business empire with a new venture making fancy chocolates, it seems that he might live to regret it when one of Manpreet’s patients falls ill after eating one of the samples.

When Derek takes a turn for the worse, Rishi brushes off any concerns that his chocolates might be to blame until David also becomes unwell after eating one of his creations.

But things start to crumble around Rishi when he learns that Derek has suddenly died, and that the cause of his death was likely to be salmonella poisoning.

As Rishi starts to fear that he has just made things a hundred times worse for his family instead of making a fresh start, Manpreet starts to search through Derek’s belongings and is shocked when she finds a stamp collection.

Realising that she might have stumbled across something worth a fortune, Manpreet looks up online how much the stamp album might be worth.

Could this be the answer to all of the Sharmas’ financial problems?

And will Manpreet keep the album even though she knows it isn’t rightfully hers?

Do you think the Sharmas will take the money from Derek’s stamps? Leave us a comment on our Facebook page @EntertainmentDailyFix and let us know what you think!