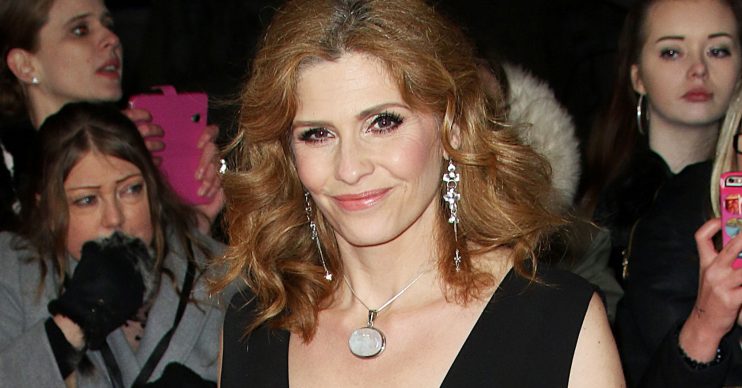 She's had a fabulous time

Actress Samantha Giles has made the decision to quit Emmerdale.

The Bernice Blackstock star, 48, revealed on social media she is leaving the soap after playing her character for seven “fabulous” years.

She told her Twitter followers: “After seven fabulous years I am shortly to be hanging up Bernice’s aprons and leaving the dales to pursue other creative projects.

After 7 fabulous years I am shortly to be hanging up Bernice’s aprons and leaving the dales to pursue other creative projects. I will miss all the friends I’ve made on the show, but I’m very excited to be moving on to pastures new.

Read more: Emmerdale fans are divided by Mandy Dingle’s return – is she a vile caricature?

“I will miss all the friends I’ve made on the show, but I’m very excited to be moving on to pastures new.”

It is not yet known how her character will be leaving the programme, but she has previously spoken about wanting to tackle “serious storylines” in addition to the more comedic plots.

As reported by Digital Spy, she said earlier this year: “I think it could work really well doing some serious storylines, with the ‘comedy characters’ having something difficult to deal with because it proves that things could happen to anybody.

“But it is nice with us – the show wouldn’t work with absolutely everybody in it having a hard time or being miserable. They have to share it out – which is great for us.”

This isn’t the first time Samantha has left the dales.

She’s always said she won’t be on Emmerdale forever.

In a chat with Inside Soap magazine three years ago, she revealed: “I’m really enjoying it at the moment. I don’t think I’m the sort of person who can stay in the one role for donkey’s years – not that there’s anything wrong with that.

“It’s just that I get very itchy feet, so I would like to do other work at some point in the future. But I have a young family, and I don’t like to be away from them for long periods of time, so it’s a nice balance. I realise I’m very lucky. Emmerdale is a lovely place to be.”