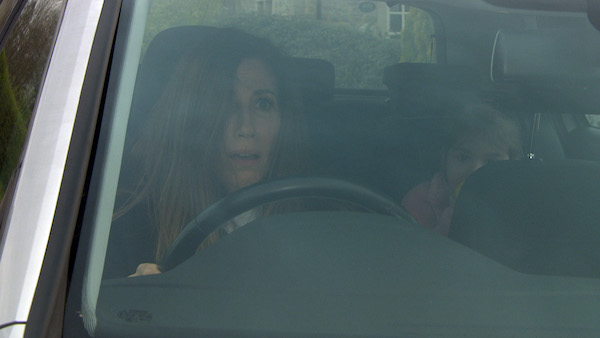 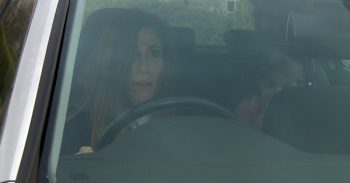 Megan Macey causes a serious car crash next week when she sends a text message while driving through Emmerdale village.

After running late to meet Frank, Megan decides to let him know that she is on her way by sending a quick message.

The text only takes a moment to write, so what could possibly go wrong? Well, quite a lot as it happens!

Megan soon realises why it is illegal to text at the wheel of your car when her momentary lack of concentration causes a huge disaster that sees Eric Pollard fighting for his life in hospital.

As Megan texts she even has young daughter Eliza in the back of the car.

But as she is making sure Frank knows that she is en route, she accidentally smashes into the back of Jamie Tate’s car, causing a devastating chain of events.

While Megan emerges from the car unscathed, Jamie is hurt just moments after setting foot back in the village after all this time.

But Pollard is the one who comes out of the smash with the worst injuries, and as he is loaded into an ambulance and raced to hospital, all Megan can do is watch on, horrified.

As Megan struggles to come to terms with the damage she has caused with just one text message, Frank is disappointed when Megan doesn’t turn up for their lunch date and goes round to confront her.

But when he arrives it is clear that something awful has happened and Frank ends up worried about Megan who is clearly still in shock after the accident.

As a shaken Megan tells Frank about what happened, Pollard is in hospital recuperating after the smash.

But just when it looks like he is out of the woods, Pollard’s family are horrified when he suddenly collapses and the doctors rush in to save him.

Will Megan’s lack of concentration at the wheel end up costing Pollard his life? And, overcome with shame and guilt, will she clear out of the village once and for all?

Do you think Pollard will pull through? Leave us a comment on our Facebook page @EntertainmentDailyFix and let us know what you think!