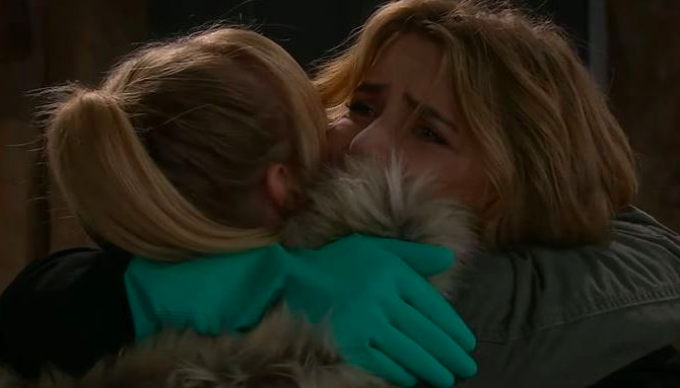 Vanity are back together!

Charity Dingle and Vanessa Woodfield have reunited in sweet scenes, but some Emmerdale viewers found them laughable.

As the ITV soap told fans it was the “reunion we were waiting for”, those watching from home pointed out that the couple had only been apart for a matter of days!

Last week (November 11), Vanessa split up with Charity after realising she couldn’t forgive her for her lies.

Discovering Charity’s involvement in the casino scam with Mandy Dingle and the mysterious Vinny, Vanessa gave Charity the opportunity to confess.

I’m not so fussed about a couple that have been apart about six days.

But, when she lied to her face, Vanessa realised she had no option but to dump her partner.

However, after a week of moping around and looking sad, the pair came back together in sweet scenes on Wednesday (November 20).

When Sarah had a scary night throwing up after taking an unidentified pill, Charity called Vanessa over for emotional comfort.

But Charity pushed her luck when she made a move…

In later scenes, Charity found Vanessa to apologise for crossing the line, and made another plea for them to get back together.

Vanessa admitted she still loved Charity, but that she can’t cope with the lying.

When Charity promised to be completely open from now on, Vanessa agreed to give their relationship another go.

And, just like that, Vanity are a thing again.

I’m not so fussed about a couple that have been apart about 6 days, I’m much more focused on a #Robron reunion!

Wow, a whole two days without each other!! How did they cope?? All is right with the world now!! Pathetic. 🙄🙄

But some fans were quick to mock the scenes, with one tweeting: “I’m not so fussed about a couple that have been apart about six days, I’m more focused on a Robron reunion.”

Another said: “No, we weren’t [all waiting for a Charity and Vanessa reunion]. What’s the point in breaking them up if they reunite like five minutes later?”

A third typed: “Wow so powerful, a break-up that lasted two days, for stupid reasons, no consequences for any of them, at least it will stop Charity being boring and nagging so I guess small mercies.”

“A boring reunion for a boring couple in a now boring show. At least you are consistent,” slammed one more, while another added: “Hasn’t even been a week?”

Many others hoped for a Robron reunion one day, and others begged for Coira – Cain and Moira – to reunite, but neither are looking likely any time soon!

Are you happy Charity and Vanessa have reunited? Let us know on our Facebook page @EntertaimentDailyFix.