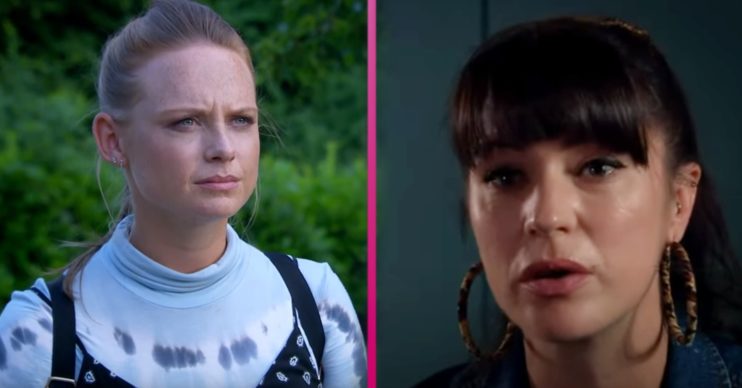 Emmerdale: Have Amy and Kerry got away with Frank's death?

Emmerdale viewers are feeling baffled by Amy and Kerry’s ‘forgotten’ storyline, which seems Amy and Kerry got away with Frank’s death.

Over the summer, Amy and Kerry broke into the factory to destroy CCTV footage which proved Kerry stole charity money from the safe, but their actions caused a fire, which led to the death of Frank Clayton.

Emmerdale: Have Amy and Kerry got away with Frank’s death?

For months the two women were wracked with guilt and eventually Frank’s daughters Tracy and Vanessa found out.

But viewers of the ITV soap are baffled as Tracy and Vanessa never reported what happened to the police and the storyline has seemingly been forgotten.

In a Digital Spy forum, one fan wrote: “Are they ever going to pay for Frank’s death, or has the whole thing been conveniently forgotten?”

A second said: “Don’t Tracy and Vanessa know as well? It’s complete madness that the police wouldn’t have been involved by now.”

A third added: “Amy though, wracked with guilt initially, seems to have wiped the incident entirely from her mind.

“She now thinks she’s owed a job at the business that has sprung up from the burned embers of the factory that she burned down.”

Fans on Twitter also agreed it was odd that Kerry and Amy hadn’t been reported.

When will Kerry and Amy be exposed to the rest of the village? #Emmerdale

Emmerdale: Why didn’t Tracy and Vanessa go to the police?

Since the tragedy air, characters have talked about Frank’s death and Tracy DID explain why she wouldn’t go to the police.

After Tracy discovered what really happened, she chased Kerry out of Tug Ghyll cottage, but she fell and hit her head.

In the hospital, Tracy could see how much Kerry meant to Amelia Spencer and didn’t want to take away the teenager’s mother figure by reporting Kerry.

She decided against going to the police but later warned Kerry and Amy to keep away from her.