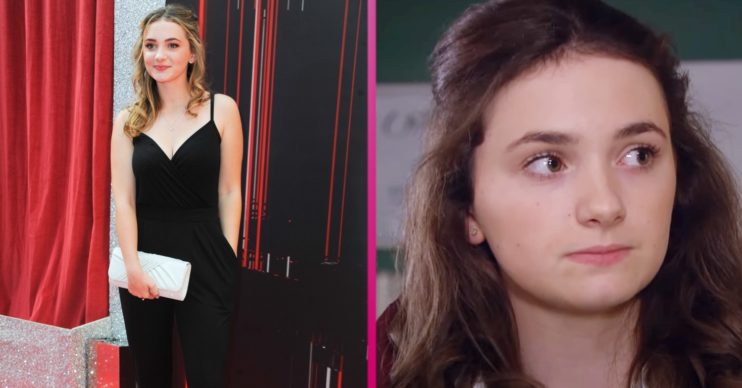 Her friends and co-stars commented on the picture.

One of her followers wrote: “You absolute stunner.”

The actress joined the Emmerdale cast back in 2016, taking over the role of Gabby from Annelise Manojlovic.

During her time on the soap, Gabby has proved to be a troublesome teenager. However she struggled to deal with the death of her dad Ashley.

Most recently, Gabby has been having a tough time since her mum Bernice went to Australia. But next week, Gabby receives more devastating news about Bernice.

She is dejected to learn that her mum is selling the salon that she owns in the village. Hearing this, Mandy Dingle is worried about losing her job there.

Later, Gabby is hurt to discover that Bernice has decided to stay in Australia indefinitely with her other daughter Dee Dee. Already missing her mum, she is understandably upset.

Seeing her niece in pain, Nicola can’t help but feel bad for her, But it seems Nicola has other things on her mind.

Although she is meant to be a silent partner in the cafe business, Bob says she can help behind the counter. But will anyone be able to see a struggling Gabby?

Emmerdale: Will Bernice ever come back?

Bernice left for Australia last year when she learnt her ex Charlie had been in a car accident and left in critical condition.

Unable to let her teenage daughter Dee Dee look after him alone, she stepped up and went abroad to help out.

However, now it’s been revealed that she’s staying out there, it looks like she won’t be coming back anytime in the near future.