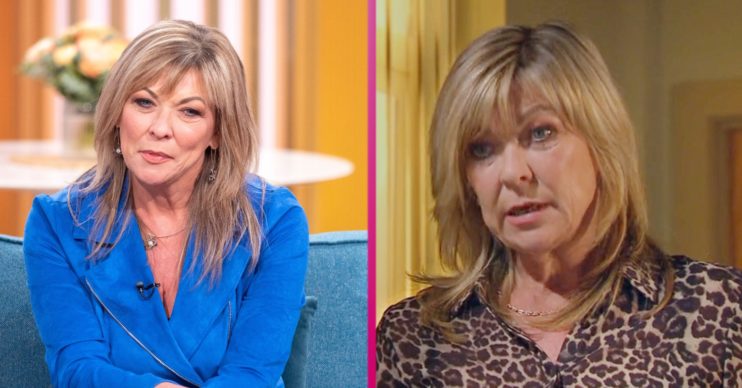 Emmerdale star Claire King has revealed she quit Twitter because of cruel comments from trolls.

Claire has played Kim Tate on and off since 1989. She briefly returned to the soap in 2018 before making a permanent return last year.

However the actress has recently revealed cruel comments about her appearance have caused her to take herself off social media.

She told OK! Magazine: “I think everyone in the public eye gets trolled, it seems to be the in thing these days.

“The first time I was in Emmerdale, we didn’t have social media so it’s a completely different world.

“I came off Twitter because some of the comments got very personal and it’s always age-related.

“I had messages calling me a ‘wizened old women’. It’s cruel and I don’t think it helps that Classic Emmerdale is shown on ITV3, so you can see me in my prime in the afternoon.

“Then a few hours later I’ve aged 30 years in the current episodes on ITV.”

Claire also revealed a lot of the trolls were middle-aged women. However she also stated that she hasn’t let it affect her confidence.

Claire King on returning to Emmerdale

In her interview, Claire revealed she hasn’t returned to filming at Emmerdale due to her arthritis and her immune system being compromised.

Production on the ITV soap shut down back in March due to the coronavirus pandemic, and didn’t resume until late May.

I came off Twitter because some of the comments got very personal and it’s always age-related.

However, older cast members, child actors and those with compromised immune systems are yet to return to work.

Kim was last seen on-screen last week when she discovered that her son Jamie was responsible for running over Moira in the hit and run.

But it was explained this week that she had gone away from the village.

Are you missing seeing Kim in Emmerdale?