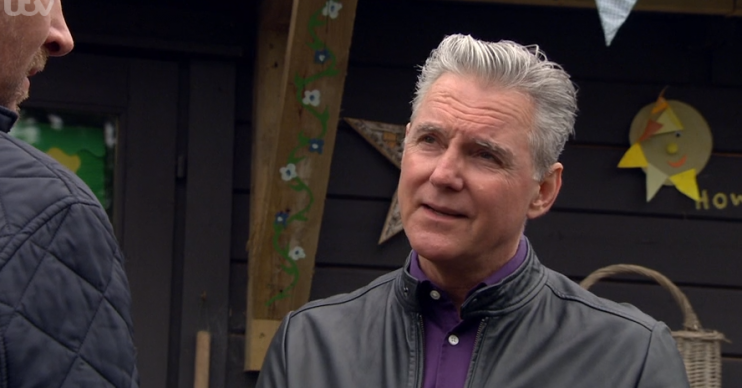 Frank was killed in an explosion

Emmerdale fans are gutted after Frank Clayton was killed off in the Sharma & Sharma factory fire.

In last night’s episode of Emmerdale (July 1 2019) Kerry came up with the idea to disable the factory fire alarm in order to steal the charity money for the children’s hospital from the safe.

After she disabled the alarm, she sneaked into the office and took the money. Meanwhile, as the alarm wasn’t working properly, the factory stopped all work until someone could come take a look at it the next day.

As Billy went by the factory he saw smoke and called the fire brigade and alerted the Sharmas.

Tracy started struggling to breathe and Frank managed to get the cupboard door open to save his daughter.

Tracy managed to get out, but Frank went back in to retrieve the ring.

Unfortunately, as Frank left the factory and it looked like everyone had survived, an explosion went off throwing Frank against a van.

Despite paramedics trying to save his life, Frank was pronounced dead leaving his daughters, Tracy and Vanessa, and his girlfriend Megan, devastated.

His family weren’t the only ones upset as viewers also expressed their sadness on Twitter.

can't believe they killed off Frank…I really liked him! #emmerdale