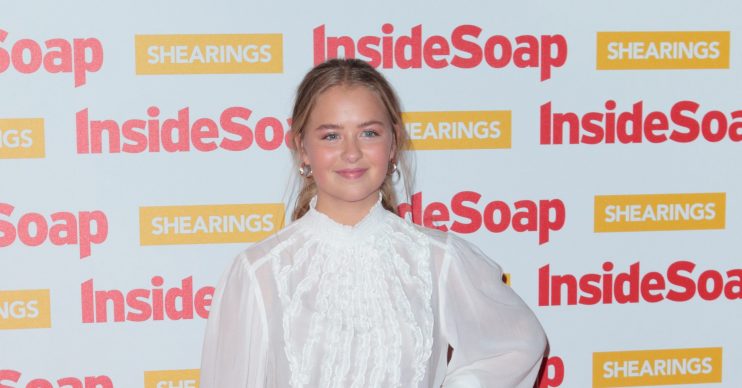 As Robron fans gear up to say goodbye to one half of their favourite ever Emmerdale couple next week, it seems other cast members are struggling with the farewell too.

Isobel Steele, who plays Liv Flaherty on the soap, has posted a picture to her Instagram page with her on-screen family, calling it a “pleasure”.

She wrote: “It’s been a pleasure boys. I will always look back on this time with a smile. The BEST four years.”

She also came up with the new ‘ship’ name: Roblivion!

I will always look back on this time with a smile.

Fans were quick to add their comments – many of them with tears streaming emojis.

“Won’t be the same without the three of you together,” wrote one.

Another added: “So sad, best family in the village.”

“You three have been incredible together, I’m heartbroken over this,” said a third.

The next week on the soap will see Robert’s final scenes. Actor Ryan Hawley is bowing out after five years in the role.

Last week viewers watched as Robert and Aaron went on the run to escape Robert facing a murder charge.

He’d already admitted assaulting his sister’s rapist Lee Posner, but when Lee died, it soon became apparent Robert’s blow to the head with a shovel caused his death.

Robert eventually realised he couldn’t separate Aaron from his family and in heartbreaking scenes, he handed himself into the police.

He was charged with murder and next week he’ll appear in court.

But the last thing viewers saw on Friday was Aaron plotting to break his husband out of jail – will it go to plan?

Can Aaron save Robert and will the pair be reunited?

Given Danny Miller has confirmed he’s pledged his future to Emmerdale as long as they’ll have him, it looks like Robert will be facing a lengthy – and lonely stretch inside.