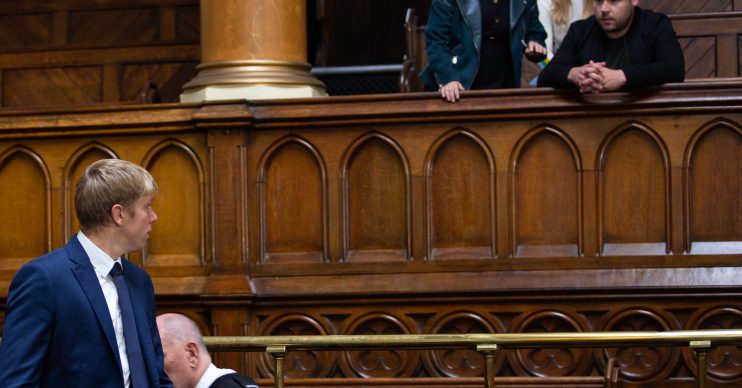 What will he plead?

Robert Sugden is in a very bad place next week, as he faces life imprisonment for his attack on Emmerdale rapist Lee Posner.

Will Robert plead guilty? Or will Aaron’s plan to stop him going to prison work?

With actor Ryan Hawley definitely leaving, we know he’ll soon be exiting the soap – but will he be going to prison or do Emmerdale scriptwriters have another trick up their sleeves?

Fans have been left sobbing by the storyline, with one tweeting: “Oh Robert and Aaron, I’m a blubbering wreck.”

Next week is a massive week of drama on Emmerdale, as not only is Robert in court, but Cain seeks revenge after finding out about wife Moira’s affair with farmhand Nate.

This results in a confrontation and explosion on a sailing boat in the middle of a lake.

Back in the village, Chas goes into labour in the Woolpack toilets.