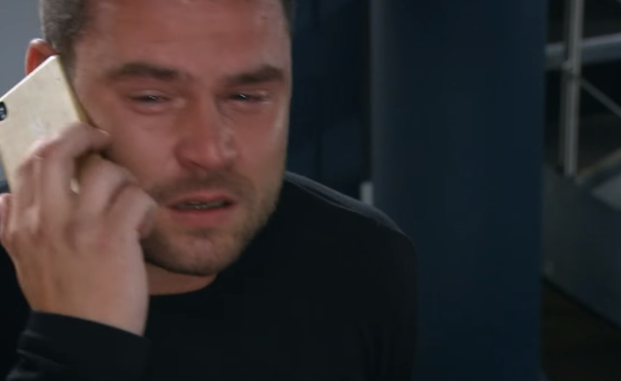 Businessman Robert handed himself in for the murder of his sister Victoria’s rapist Lee on Thursday night (October 17).

Robert attacked Lee with a shovel, knocking him unconscious in a blow to the back of his head after he threatened to rape again.

He later died of a bleed on the brain as a result of the injuries, after weeks in a coma.

Robert had originally pleaded guilty to the assault.

But with Lee now dead and Robert’s guilty plea recorded, he realised he would soon be charged with murder and decided to go on the run.

Aaron joined him, leaving his family behind but it soon became clear for Robert that he had to hand himself in to set Aaron free.

He tricked his husband into leaving him alone long enough so he could put an end to their life on the run.

But with the couple, known as Robron by fans, separated for the foreseeable future, fans are demanding Aaron stay single.

One said: “We don’t want Aaron to find another love.

A second said: “Aaron won’t be single he will be waiting for his husband to come home. Aaron will be loyal to Robert his soulmate. His heart belongs to Robert anyways.”

Another added: “If Emmerdale makes Aaron single…. can he at least be a single parent?🤞 I want him to have Seb! They owe us this much… #Robron”

Do you want Aaron to move on from Robert? Leave us a comment on our Facebook page @EntertainmentDailyFix and let us know what you think!