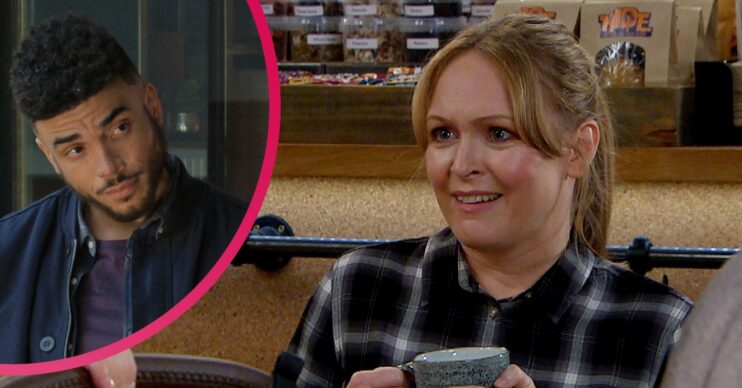 Emmerdale SPOILERS: Vanessa and Tracy in bust-up over cheating partners

Vanessa is back but there is trouble

Emmerdale spoilers for next week reveal Vanessa meddles in Nate and Tracy’s relationship.

However Nate and Fiona already knew each other – they slept together a few weeks ago after meeting on a night out.

After Charity and Mack caught Nate and Fiona arguing, Fiona confessed to Tracy and Vanessa that she and Nate slept together, but what’s next?

Charity asks if she can spend some time with Vanessa’s son, Johnny, who Charity adopted last year, however it causes an argument between the two women.

Meanwhile Cain is angry when Nate reveals Tracy kicked him out for cheating and refuses to let him stay with him.

As Cain’s underlying rage comes close to boiling over, a distraught Nate heads to Tug Ghyll in an attempt to pick up his stuff and visit his daughter but is turned away by an angry Vanessa.

Vanessa comforts her, uneasily hiding the fact that Nate tried to visit the day before.

However Vanessa is busted when a mortified Tracy overhears her telling Charity she stopped Nate from seeing Tracy.

How will Tracy react? What will she say?

Will Vanessa and Charity get back together?

Fans have been hoping Vanessa and Charity will get back together.

It has not been revealed if the former couple will reunite.