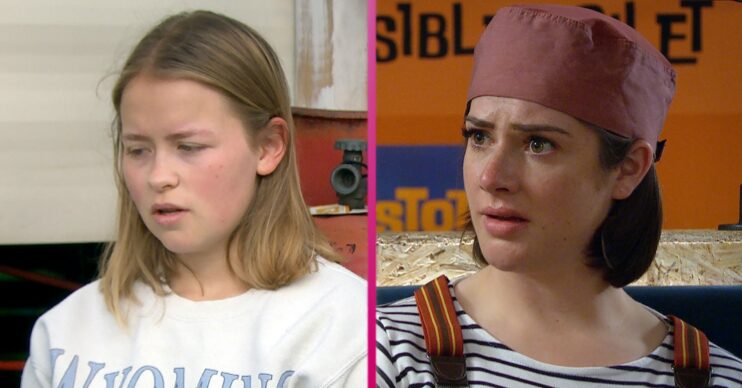 Will Aaron be able to convince Liv to come home?

Emmerdale spoilers for tonight reveal Aaron and Ben manage to track Liv down.

Meanwhile Wendy tells Vic the truth and Meena covers her tracks with David.

Emmerdale spoilers: Are the episodes available on ITV Hub?

From today (Monday, June 14) this week’s episodes of Emmerdale will all be available to watch on the ITV Hub due to the Euros 2021.

Worried Chas is grateful when Ben offers to accompany Aaron on a mission to rescue Liv.

Back at the caravan, it’s clear something untoward happened to Liv last night and she’s drinking to try and forget about it.

Meanwhile Aaron and Ben are driving around, but struggling to find the caravan site.

After Aaron has a wobble, Ben convinces him to not give up hope and Aaron is grateful to him for his help and support.

Eventually Aaron and Ben find the caravan site and find Liv in the throes of a seizure.

However they’re horrified when they realise it’s her second seizure in two days.

Sandra is disturbed as she realises just how self-destructive Liv’s recent behaviour has been.

Liv is left with a decision to make over how she wants to live her life, but she’s stunned when Sandra makes her feelings clear.

Luke wakes up on Wendy’s sofa, hungover, after trying to blot out his confession to Vic.

He despairs as it all comes flooding back.

Wendy persuades Luke to tell Vic the whole story about his fight with Lee.

As they begin to talk, Victoria is confused about Luke’s behaviour and she tells him she needs to know everything he’s been hiding from her if they want to stand a chance.

However Luke still can’t bring himself to be fully honest with Vic. Soon Wendy reluctantly reveals the rest of the story to Victoria.

However as Vic puts the pieces together, she’s left utterly stricken.

The repercussions of Wendy’s honesty leave Vic, Luke and herself devastated. Will they be able to recover from this?

Leyla is desperate to marry Liam, but this is mirrored by Bernice’s determination to stop the wedding from happening.

Meena covers her tracks with David.

Will you be watching tonight’s Emmerdale? Leave us a comment on our Facebook page @EntertainmentDailyFix and let us know.