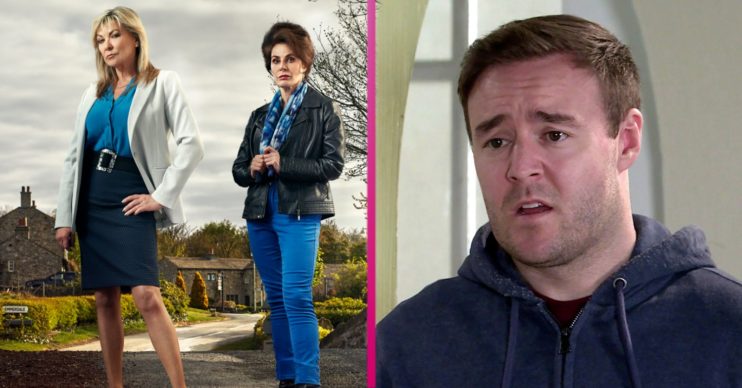 Emmerdale and Coronation Street have announced a huge change to the soap’s on ITV hub this summer.

Throughout the Euros tournament Emmerdale and Coronation Street will continue to air on ITV as normal. But viewers will also be able to binge watch episodes weekly on ITV Hub.

For four weeks during the tournament, from Monday June 14, the episodes airing that week will be available each Monday via the ITV Hub to enable viewers to have the choice of watching as a box set ahead of the ITV transmission.

What storylines can Emmerdale and Coronation Street fans look forward to?

It’s set to be a dramatic summer in the Dales and on the cobbles.

In Emmerdale there will be a series of gripping storylines at the forefront of the soap as four of the show’s female characters take centre stage.

Kim is still the victim of mind games as her paranoia continues as she sets another trap for her nearest and dearest.

Meanwhile Meena continues to meddle in David and Jacob’s lives. When Jacob scuppers her plans to move in with David, how far will she go to get what she wants?

Faith fears her cancer may have returned. We see her try to bury her concerns rather than face them head on and when the situation is misconstrued, how far will she go to keep this secret from her family?

Tracy is besotted with her first child, Frankie. But she takes the concerns for her daughter’s safety too far. Will she seek the help she needs before it goes too far?

Meanwhile on Coronation Street Paul and Todd will go head to head for Billy’s affections.

Fans of Paul will be rooting for him to uncover his scheming ways, which one Billy back. But Todd’s roguish charm and clear love for Billy will see others on his side.

After Tyrone broke up with Fiz and began going out with Alina, Fiz decides she wants custody of the girls.