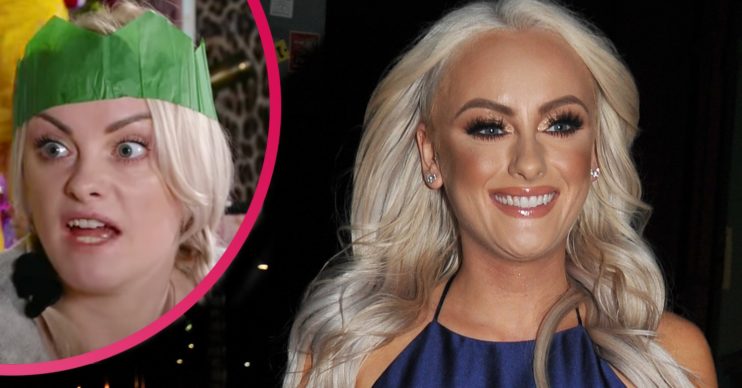 Katie McGlynn joins the cast of Hollyoaks as Becky

Katie is joining another soap

Katie McGlynn, who previously played Sinead Osbourne in Coronation Street, will be joining the cast of Hollyoaks.

It has been announced she will be playing new mum Becky. She has been filming alongside Nick Pickard, who plays Tony Hutchinson and Alex Fletcher, who plays Diane Hutchinson.

Becky will become friends with Diane as they both bond over their newborn babies.

But there is more than meets the eye with Becky as it’s revealed Diane’s new pal has an ulterior motive.

Katie’s first appearance will be on Monday 5th July on E4 and  again on Tuesday 6th July on Channel 4.

“I’m so excited for everyone to meet Becky and am thrilled to be working alongside the amazing cast and crew of Hollyoaks, especially the show’s producer Lucy (Allan), who I previously worked with at the beginning of my acting career on Waterloo Road 0 it’s been so lovely to be working with her again 10 years on.

“The whole team couldn’t have been any more welcoming so far and I’m hopeful the story will have an impact on viewers as it covers some extremely current and important issues.

What else has Katie McGlynn been in?

Katie is well-known for played Sinead in Coronation Street. She played the role from April 2013 until October 2019.

Her character died in 2019 just weeks after being told her cancer was terminal.

She has also had roles in Leonardo, Moving On and The Syndicate.

Will you be watching Hollyoaks? Leave us a comment on our Facebook page @EntertainmentDailyFix and let us know what you think of these Emmerdale spoilers.