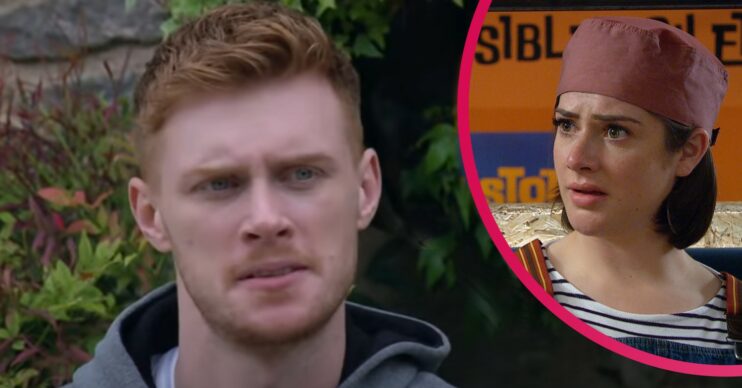 Luke first appeared in August 2019 and was later revealed to be the brother of Lee Posner, the man who raped Victoria Sugden.

However according to The Sun Max will be leaving the show in the coming weeks.

A source told the publication: “Max was never going to stay on the soap for years.

“He’s ambitious and a talented guy – he’s already auditioning for new roles and excited for the future.

“But never say never – there’s always a chance he could return one day.”

Whilst it has not been revealed what Max’s exit storyline would be, he is currently in the middle of a big storyline.

Recently Luke admitted to his mum Wendy that he had got into a fight with his older brother Lee before his death in 2019.

Luke had told Lee that he had been seeing a man, but Lee got angry and began to beat his brother up.

During their fight, Luke pushed his brother off him and Lee ended up hitting his head on the floor and falling unconscious.

He woke up a short time later and left the house. However just a few hours later, Robert Sugden hit Lee over the head with a shovel.

Lee later died from a bleed on the brain and Robert was sentenced to life in prison with a minimum of 14 years.

After Wendy learnt the truth, she was determined to find out if this new information could shorten Robert’s sentence.

While fans are hoping this means Robert could be making a return, Emmerdale has revealed there are no plans to bring the character back.