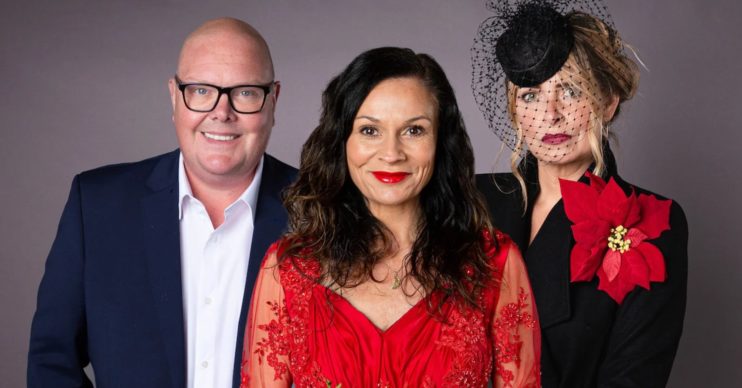 Will Charity go ahead with it?

The pub landlady is left far from impressed after failing to receive an invitation to the couple’s wedding.

After the breakdown of her relationship with Vanessa, Charity spirals deeper into self-destruction by taking it out on Chas and Paddy.

Paddy is excited about the surprise Christmas wedding he’s planning for Chas.

However, trouble soon strikes after Chas and Charity argue over Noah.

Later, Charity, who was recently dumped via video call by Vanessa, hears about the wedding and realises she hasn’t been invited.

To add to the drama, the landlady discovers that Ryan has received an invitation.

She dresses herself in all-black and heads to the ceremony in anger.

Viewers of the soap will know the couple went through a tough time this year when Chas began treating Paddy terribly.

However, the pair decided to give things another go.

But what exactly has Charity got in store for them?

The road to marriage hasn’t been easy for Paddy and Chas.

Last month, things came to a head and the pair almost split.

Chas changing her mind and begging Paddy to give her another chance persuaded him.

She told him: “You said you can’t imagine us growing old together but that’s because you’re hurting.

“Otherwise, why would you say you’ll always be by my side? Those words can’t have meant nothing.

“I have never felt so broken at the thought of losing someone. I lie in bed and did the same, only I could see us clear as day.

“We were holding hands and walking down a pier because you know you’ll still be playing those ridiculous video games when you’re 70.”

Meanwhile, Paddy said: “I’m scared of being without you because I will never love another woman as much as I love you.”