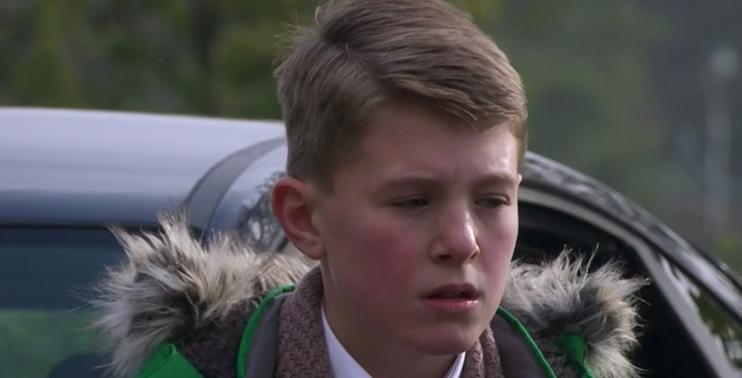 The truth is finally revealed...

The truth about Arthur Thomas’s bullying is finally revealed in next week’s Emmerdale, but how will Jai Sharma react to the news his girlfriend’s son has been hurting Archie Breckle?

Emmerdale fans have known for months that Arthur is the one hurting Archie, leaving him covered in bruises and forcing him to run away from home in the middle of the night.

But Arthur has managed to cover his tracks and even let family friend Jimmy King take the blame for Archie’s bruises, causing trouble for everyone.

However, Laurel Thomas recently found out that her son was the one hurting Archie when Arthur confessed shortly after finding out his grandad Sandy Thomas had died.

But with the family flying out to Australia for Sandy’s funeral, the secret hasn’t gone any further, and Jai is still in the dark about who has really been hurting his son.

Next week sees Laurel stuck between a rock and a hard place as she promises Arthur she will keep his secret, only for Jai to suggest they all move in together now he and Laurel are back together.

But Laurel knows that it is going to be impossible to live with Jai without telling him the truth, and confesses to Arthur that while she is keeping a secret so huge from Jai then she can’t bring herself to move in with him.

But Arthur can see that protecting him is causing Laurel heartache and so he takes matters into his own hands and prepares himself to confess everything to Jai. However, Laurel realises what he is about to do and stops him at the last minute.

Eventually everyone agrees that they should all move in together and everyone is happy… until Archie starts carelessly handling Sandy’s precious ship in a bottle and all hell breaks loose.

Laurel and Jai hear a commotion from the next room, and as they rush in they’re stunned to find Archie trapped underneath a cabinet that has fallen on top of him.

As Jai tries to save Archie, Arthur desperately promises Laurel that he had nothing to do with Archie’s accident… but Archie is quick to point the finger and blames Arthur.

Laurel is mortified by the whole thing and finally reveals to Jai that Arthur has been hurting Archie for months, leaving Jai speechless.

But is Arthur going back to his old ways? Or is Archie getting revenge by framing him?

Jai isn’t going to like the fact Laurel has been keeping such a huge secret from him… Could this be the end of their romance once again?

Are you glad Laurel has finally come clean? Leave us a comment on our Facebook page @EntertainmentDailyFix and let us know what you think!